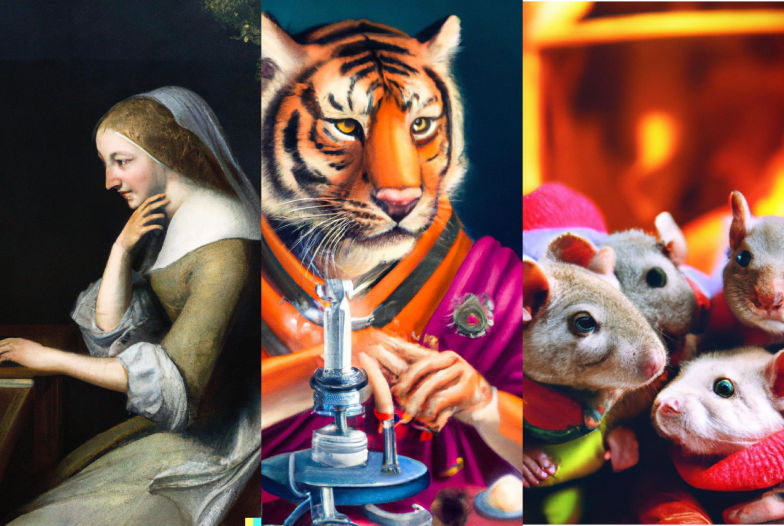 Imagine an illustrator getting this brief for a project: Draw a girl watching a video on her macbook, oil painting in 1664.

Executing on that brief would take research and many hours of sketching/painting.

Here are some other examples

With a name that nods both to the 2008 animated film WALL-E and the surrealist master Salvador Dalí, this latest reveal from Open.Ai raises many questions for the creative industry.

DALL-E’s cousin, GPT-3, which is a text generator, has already seen commercial applications like copy.ai which can be used to create both short and long-form text.

While DALL-E may currently have some flaws, what happens when these are addressed and commercial access is possible? Google has already announced its own AI system, Imagen.

After speaking with some creative leaders, here is our point of view.

1. Mass-Producers & Marketplaces Will Be Hardest Hit

This is a no-brainer. Automation in the creative industry is nothing new. Be it tools, templates or stock imagery, the bottom of the market, where creative assets are mass-produced, has been under assault for decades. The costs of producing these assets at scale will continue to go down and creators and marketplaces at this end of the market will be most threatened.

“At the end of the day, any AI system is trained on data sets of work by other creators” says Kunel Gaur, founder of creative firm, Animal and a web3 enthusiast. “What is the implication on IP rights if an AI can create an image that seamlessly duplicates some one else’s style? And what if that image is used for commercial purposes? Creators spend years honing their craft – how will they protect their rights? That is not clear yet.”

3. Creators Will Need To Build Clout

Everyone we spoke to agreed that there will be pressure on visual creators to distinguish themselves from machine-sourced imagery. One way to do this will be to establish strong personalities.

Gaur urges creators to overcome their hesitation at sharing work.

“Experiment, publish and don’t worry about external validation. Instead, make it about creating a body of unique work that is easily accessible and allows you to learn and grow in the process.”

“If differentiation of human from machine creativity becomes critical, we could see visual creators follow the path that musicians have taken. These creators will have their own fans, communities and merchandise. Channels like Patreon will become more important.We are already seeing this with the handful of NFT artists who have risen to stardom.”

Influential tech analyst, Ben Thompson, predicts that it is only a matter of time before we see AI-generated video. By substantially reducing costs and increasing the possibilities of immersive worlds, this will have massive impact on the gaming industry and on ‘metaverses’ that rely on user-generated content.

“Machine learning generated content is just the next step beyond TikTok: instead of pulling content from anywhere on the network, GPT and DALL-E and other similar models generate new content from content, at zero marginal cost. This is how the economics of the metaverse will ultimately make sense: virtual worlds needs virtual content created at virtually zero cost, fully customisable to the individual.”

5. Originality in Ideation & Execution Will Prevail

‘Anything that conforms rigidly to an established aesthetic trend will be easily duplicated by something like DALL-E” says Malhotra – “what is much harder to duplicate is the idea that leads to an original piece of work.”As an example, she points to this illustration commissioned by Oxfam to highlight the harassment women face on public transport in Sri Lanka, which maps a woman’s day and the choices she must make to avoid harassment.

Sreenihal Pouka is founder of creative collective, Art with Intent. His view also is that any meaningful piece of design requires research and thought. “Yes, AI systems could successfully create simple images but because they are essentially derivative, it is hard to see how they will do more than that. The problem-solving part of design is tough to replicate.”

In the end, we hope that human ingenuity will adapt and overcome – just as it always has. Agree or disagree? Tell us in the comments. 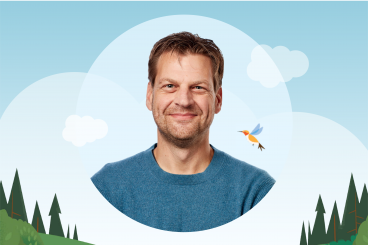