In DesignAware’s office, handmade things are everywhere. Some of them are the spiraling, bending, twisting and curving material remnants from founder Takbir Fatima’s popular Fractals workshops, others are models for projects.

Everything in nature has a system, it has rules for growth. Its geometry is not random. That inspires our workshops as well as the other designs that we work on. Takbir Fatima, Founder, DesignAware

Fatima carries this philosophy into everything she does – from her architectural practice, to the Fractals workshops she holds to teach prototypical design systems from the bottom up, using analog algorithms.

DesignAware has a small team. Yet, over the past six years, they’ve managed to build a diverse body of work.  They are best known for their work on the Hilltop school in the 16th century Golconda Fort, which today is a densely populated residential area.  Before Hilltop was constructed, the local children attended a makeshift school in a shed.

“Not just in terms of the site, which is quite difficult. It was also the local, urban, topography of the place, the cultural context and the character of that neighbourhood that played a really important role”, says Fatima.

The school is a charitable institution so expenses were kept to a minimum, by working with local materials like Shahabad stone.  The Hilltop School has been Silver-certified as a Green Building by the Indian Green Building Council.  “There was a strong drive to preserve the environment and that meant respecting the sheetrock’s existing structures, the trees and the site’s contours, without blasting it, because sheetrock, unlike boulders, can’t be moved”, says Fatima.  There were two trees and DesignAware managed to save them, even though site is very difficult to access. One of the trees was near the main gate and to save it an alternative path was found for earthmoving machinery.

Fatima stresses that research is key at every stage of the design process.  “We start with playing around with form and design in the virtual space, and then translate that into a real material. We focus on form finding. It doesn’t matter what the outcome or the application of a particular design is. We do physical models, but we also use a lot of computational tools”, says she.

However, Fatima refrains from thinking of ‘experimental architecture’ as a field. Rather, she considers it an approach to thinking. “Experimental might mean one thing to us, another to somebody else. Are you experimenting in terms of material or structure? I think every firm that is doing good work, is doing experimental work.”

Fatima’s experimental bent has the firm now attempting end-to-end execution of projects. In the pipeline is BuildAware, a division that will execute the design projects. Currently, the team has taken on two projects that they will also be constructing – a house and a restaurant. The latter will use shipping containers in the building!

“We take on projects and clients that allow us to do something new, rather than twisting and manipulating the same kind of standardised cookie cutter designs. Even if we get a very conventional brief, we try to make it at least a little experimental.” 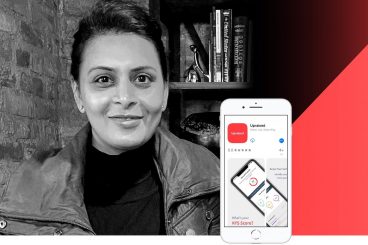