To get this summary in your inbox, sign up here

Getting Unstuck: The DNA of Addictive Programming

In this podcast, Scott Galloway. Professor of Marketing at NYU Stern, speaks to his colleague Adam Alter, author of the book, ‘Irresistible’.  Alter breaks down the DNA of addictive programming. We all know that building in goals like getting to Inbox Zero, or walking 10,000 steps or celebrating when you get a certain number of followers is a powerful hook.

The biggest hook on any platform, however, is positive rewards or feedback that is unexpected. This essentially turns the platform into a slot machine.  And the reward that just keeps on giving is social feedback. We always want to know what people think of us. So, if you have some way of knowing what people think of you two or three times a day, it’s irresistible and you will keep going back for more. If the feedback is negative, it provides a huge dose of motivation to claw back from.

Galloway discusses the recent suicide of 23 year old Alexander Kearns.  After he saw a notification on the trading platform Robinhood.com, saying he had a debt of over $700,000 dollars, Kearns took his own life. Like many other platforms, Robinhood gamifies trading. Alter points out that when you are up against a sophisticated platform that has been tested and re-tested to drive a certain kind of behaviour, you have very little chance of resisting it.

Currently the world is in an ‘arms race’ for sophistication to see who can design the best, most catchy platform.  These companies demand your most scarce resource – your time – and this cannot be replenished.  This becomes even more dangerous in the current pandemic, where people are more glued to their screens than usual.  What’s the solution? Galloway and Alter agree that it must be a combination of legislation by Governments and a version of the Hippocratic Oath by platform companies.

The Decision to Capitalise Black

The last time The New York Times decided to capitalise how it referred to people of African ancestry was nearly a century ago. In response to a campaign by W.E.B. Du Bois, the publication decided to capitalise the N in Negro in 1930.  Bois wrote then, “The use of a small letter for the name of twelve million Americans and two hundred million human beings is a personal insult.”

Decades later, the paper has decided to capitalise the B in Black. “It seems like such a minor change, black versus Black,” National editor, Marc Lacey, said. “But for many people the capitalisation of that one letter is the difference between a colour and a culture.” The earlier rule of using African-American (capitalised) did not resonate with millions of Americans who had no connect with African heritage.

The decision has sparked a debate, with people asking why ‘white’ and ‘brown’ are not being capitalised when used in reference to race.

How to Estimate the ROI on Design

According to a February 2020 McKinsey study, 66% of CEOs don’t understand what their senior designers do. Design’s concrete benefits are still an enigma for most and Alen Falijic, Founder, d.MBA, says that designers need to accelerate the process by better communicating design’s value.

He advocates a 3 step process for quantifying this:

As an example, Falijic considers a designer in a digital startup called Hannah, who wants to implement a design system but has been told there is no budget for it. Falijic says that companies’ have two broad goals: Increase revenue /profit and decrease costs. Designers must pick one of these and in this case, Hannah identifies that a design system will decrease costs by avoiding the constant re-creation of design assets.  The system could also increase the brand’s revenue by establishing trustworthiness through visual consistency.

To estimate the increase in revenue, Hannah projects an increase in the conversion rate from free to premium subscriptions and the resultant increase in paying customers and annual revenue.

Hannah is afraid to present these numbers to management because they are just ‘guesses.‘ Falijic points out that all company projections are guesses and the last step is to present these estimates as hypotheses, which are backed by data. What data could Hannah use? Falijic recommends speaking to other companies who have implemented design systems and look for case studies online. Then it’s down to effective storytelling – but this time, Hannah will be telling the story in a language that management understands.

The Rise of a Hot New Industry: Social Distancing Consultants

As lockdowns ease all over the world, businesses are desperate to implement new protocols and assure customers their premises are safe. In response to this need, a new cottage industry comprising social distancing experts has sprung up. This post bu journalist Zara Stone provides several interesting examples from the US:

Boston’s MASS Design Group, an architecture collective, has a ‘Response Team’ for hospital clients that amongst other measures, adds easy-to-clean plywood and laminate covers and UV germicidal lights to workspaces. (#ArchitectureCanHeal)

SimpliFlying, previously a social media firm, is now the go-to consultancy for social distancing in the sky. The firm says there are 70 day-of-travel areas – from check-in to post-flight baggage cleaning – that need to addressed.

It remains to be seen how effective these consultancies are, but for now they are assured of business, even if their clients are not. 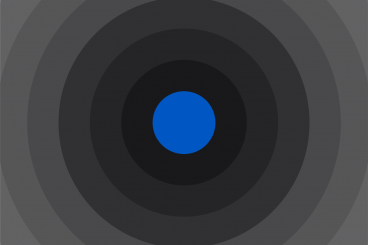 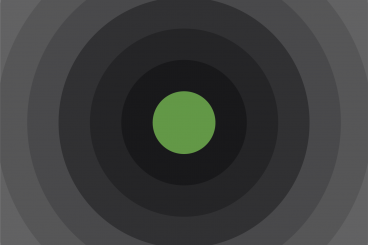