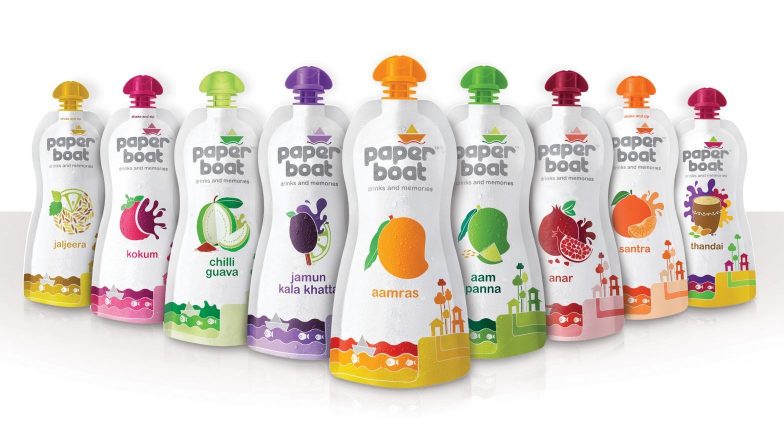 If one were to ask which Indian consumer product has caught the country’s collective imagination with its packaging and messaging in the last decade, the answer would likely be Paperboat.

Hector Beverages, Paperboat’s parent company, was founded by Neeraj Kakkar, James Nuttall, Suhas Misra, and Neeraj Biyani in 2009. After experimenting with an energy drink called Tzinga, they launched Paperboat in 2013.

Paperboat was initially conceived as a range of traditional, indigenous Indian drinks such as Jaljeera, Aam Panna and Aam Ras. Today, the brands portfolio also includes fruit juices, dairy-based drinks and snacks, driving a revenue of Rs. 189.56 crore in FY 2019.

The name, brand identity and packaging design for Paperboat was developed by Elephant, one of the country’s oldest design studios, who has forged a long-standing partnership with the company.

Ever think about why certain food and drinks evoke such strong memories? We are all born with a limbic imprint – a store of emotions and memories encoded in our brain. Sensory triggers activate these memories and bring long-forgotten sensations flooding back.

Paperboat co-founder Neeraj Kakkar says that the founding team was driven by a three-pronged mission:

With the help of mentor Sripad Nadkarni, this mission was translated into a detailed brand manifesto. The Paperboat brand would be a ‘re-affirmer of faith,’ with the positioning ‘Alive and authentic’ at its core.

Thus, Paperboat created a brand that brought nostalgia to the fore, evoking familiar, more innocent and joyful times, through products that reside deep in consumer memories.

An emotional platform is always stronger than a functional one, but finding a differentiated proposition is not easy. Fuzzy ideas like Coke’s “Open Happiness” take mega-dollars to build salience. Paperboat has the advantage of an emotional promise that is both sharply differentiated and easy to understand.

How Far Can the Brand Stretch?

Kakkar says that while the portfolio has expanded considerably, each new launch is carefully considered through brand filters.

The company is fiercely protective of its brand core and willing to invest in it. Take the example of Kanji, a sharp-tasting beverage based on seasonal purple carrots. The company spent five years developing it, even though the drink is only known in some parts of North India and is an acquired taste.

“The market for some niche drinks made with Indian recipes, like  Kanji or Kokum, may be small but we will continue to develop them. Sit in the winter sun and sip on our Kanji. The magic you feel – that is the essence of the Paperboat brand.”

Still, beverages like ginger-lemon tea, which would seem to be aligned perfectly with the brand core, did not succeed when the company experimented with them a few years ago. The challenge of experimenting and testing new ideas is much easier to solve today, says Kakkar. The rise of e-commerce and payments systems means that companies can launch, test and gather feedback from customers very quickly, allowing for iteration before wider distribution.

Paperboat does not have its own e-commerce site yet, but retails in all major online marketplaces.

Instead of using existing beverages and juices as a benchmark and carrying out traditional ‘share of shelf’ research, the Paperboat team and its partners focused on a ‘blue ocean’ approach.

This has manifested in fresh, ownable packaging, messaging and communication. “There was never too much focus on what existing players were doing. The design process therefore, was always focused on creating a new category,” says Ashwini Deshpande, Co-Founder, Elephant Design.

This first principles thinking went beyond graphics. For example, the drinks are not priced exactly the same.  A 1 litre pack of Paperboat Anaar Pomegranate Juice is priced at Rs. 140, while a Paperboat Aam Ras Mango Juice is priced at Rs. 120.  The reasoning is that if the proposition is fresh ingredients and pomegranate is more expensive than orange, then this must be reflected in price.

In a departure from beverage packaging norms, Elephant created an icon on the back of pack, that warns that the taste of the drink may differ from pack to pack, simply because nature ensures that no two fruits taste exactly the same.

Paperboat’s Instagram account also takes a differentiated approach. Instead of the typical product pushing, the feed integrates products with storytelling. Comic strips in collaboration with Tinkle comics, for instance, weave Thandai into a funny story about Holi.

The drinks were first launched with the new graphics on easily available pouches with standard caps. The distinctive doy pouch with its boat-inspired cap, designed by Elephant, only reached the market by 2015 because structure development is a long process.

Kakkar says that that decision to use pouches was driven by a desire to minimise the carbon’s footprint. Co-founder James Nuttall, also Kakkar’s batch-mate at Wharton, is an expert on sustainability. While the pouch is far from carbon-neutral, admits Kakkar, it is a step in the right direction towards a goal that Paperboat is committed to. He adds that 25% of the electricity they use is solar-powered.

Meeting the Demands of Scale

Kakkar jokes that his father, who lives in Karnal, refused to believe Paperboat was successful because he couldn’t buy it in his neighbourhood store. Distribution is a mammoth challenge in India, but the addition of Swing, has made the Paperboat portfolio more attractive for distributors.

On the design end, scale has created pressure for streamlined systems. Suitable distinguishing colours for multiple variants was just one issue. The bigger challenge was to create a framework that allowed for quick launches and testing.

The solution is a carefully detailed design system developed by Elephant, complete with guidelines and a palette of graphic components like icons.

The design system itself is continually evolving. Paperboat’s first food product Peanut chikki was launched together with Fairtrade, where the company worked with peanut farmers to get them Fairtrade-certified. Launching snacks brought its own market learning.

While designing the chikki packaging, the team realised that customers were used to seeing the product through a transparent window. This was because most brands were local and used inexpensive packaging, without factoring in shelf-life. Paperboat stuck with its matte white packs, but added product photos to the packs. That was the first time that product photography was incorporated into the design system.

Will the company push further into snacks?  Kakkar says they are exploring opportunities posed by the country’s large unbranded foods space, but will only enter when they find a niche where they can be a significant player. The final decision will also depend on how well the product aligns with the brand.

“Do not disregard design – I see too many young entrepreneurs saying design can come later. For consumer brands, design is a big catalyst in tempting trial. You will never get the right feedback, if your design does not work.”

“Trust between the client and design teams has been the most important ingredient in the success of Paperboat brand building, even more than the creativity quotient. Find partners you can trust” 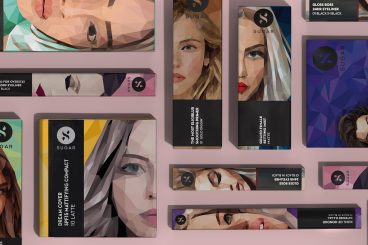 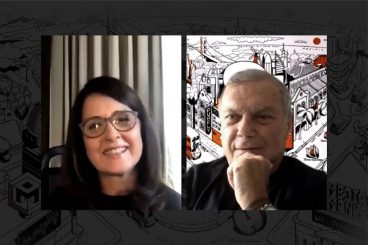