Murdon Ki Train (The Train of Corpses) is the first story in a Hindi thriller trilogy written by author Varsha Srivastava. A Raipur-based homemaker who was trying her hand at writing, Srivastava posted the story on Pratilipi – an online platform that connects writers and readers.

The story quickly gained popularity and over the next one and a half years, it was finished by over 46,000 readers. The number of ‘finishers’ is a critical metric for both Pratilipi’s algorithm and its editorial team. Betting on the story’s mass appeal, Pratilipi acquired IP rights to the trilogy and adapted it to a motion comic series on their platform Pratilipi Comics, where it has been a resounding success – 100,000 readers finished reading it over a year. Future plans include pitching a pilot for a web series to major OTT platforms.

Meanwhile, Midnight Lily, a romantic thriller that also made its debut on Pratilipi’s literature platform, has already been launched as a web-series on MX Player earlier this year.

From an ‘open mic’ for writers to an ‘IP farm,’ Pratilipi has traversed quite a journey.  It now has 380,000 writers and 30 million monthly active readers. It has published over five million stories in 12 Indian languages, including English, and has launched new offerings like Pratilipi Comics and Pratilipi FM.

We asked Shubham Sharma, Head of IP Development & Monetisation, Pratilipi, to share learnings from creating this deep repository of user-generated-content.

1. Seed the supply side. Work very hard to build demand to critical mass

Pratilipi identified writers who had potential, but were struggling to get published and persuaded them to put their work on the platform. Some of their readers followed and the Pratilipi founders then ‘hustled’ to augment this initial reader base and build a critical mass.

The key to creating the content flywheel was to make writers feel gratified enough to keep putting out high-quality stories. Until very recently, this gratification was not  monetary, but in the form of social metrics such as likes, comments and shares.

On the other side, the platform built rich personalisation capabilities to ensure that relevant stories were served up to readers

Sharma says that the best way to shape the community you want, is to demonstrate what is desirable content and behaviour.  Not only does Pratilipi’s algorithm check for plagiarism, clickbait, pornography and inflammatory material, it is built to actively reinforce the platform’s core offering of long-form literary content.

Given that Pratlipi is a venture-funded company, it must have been hard to avoid pivoting into currently popular formats like short-form video. All popular wisdom is stacked against long-form text content, but Pratilipi has stuck to its guns.

Sharma says that the founders believe that not only is long-form text timeless, it has the unmatched power “to create vast worlds.”

“We have the conviction that the equivalents of JK Rowling and Stephen King are just waiting to be discovered in India.”

4. Data is only part of the story

While the algorithm identifies stories with potential, Sharma’s team must manually read, judge and create a shortlist – whether it is to amplify on the literature platform or adapt to other formats.

For instance, the algorithm watches new submissions to see which ones are gaining popularity. The 500 odd stories it identifies across a quarter, are filtered down to about 50 by Sharma’s team  This means that while data informs decision-making, the final selection also has an ‘emotional quotient’ to it.

Pratilipi has introduced Pratilipi Comics, a free comics platform that has already gained 850,000 readers. The company is hoping to replicate the success demonstrated by the manga tradition in Japan and the rising global popularity of manwha from Korea. It has also launched Pratilipi FM for audio storytelling and listening. Here Pratilipi has a natural advantage, since it is easier to go from text to other formats, than vice-versa.

It is a long and expensive process to create IP in fiction and these investments and acquisitions are evidence of that.

While the platform is experimenting with other monetisation efforts like micro-payments to writers and freemium subscriptions, clearly both Pratilipi and its investors believe that it’s long-term value lies in its engaged community and rich, diversified storytelling base. 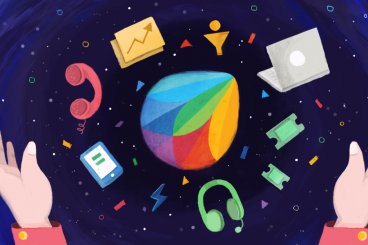 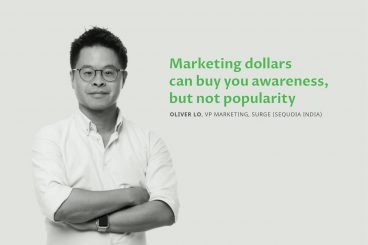