Algorithms are the building blocks of our computational experience. They process our news feeds and select the videos we watch. They tell us how much money we have in our bank, select dream teams for sports, and deconstruct weather patterns. Their blinding speeds mean that we are only dimly aware of their existence.

The Man vs. Machine argument is ancient news, and it is clear that we are in a long-term relationship with algorithms.

The lines we draw in our relationship are shifted and re-negotiated daily.  It is now up to us to create a happy marriage with our new partners.

The ‘Centaur’ is a catchy term for a hybrid man-machine entity first used by Grandmaster Garry Kasparov, He found that a Human+AI Centaur beats the solo human. A Human+AI Centaur also beats the solo computer. A creative human mind, augmented by a number-crunching Machine Intelligence is a powerful new ‘centaur- operator’, an entity more than the sum of its parts.

If it is our destiny to be ‘new centaurs’, in what ways will this change our lives?

At the turn of the 20th century, passengers would have been terrified of a plane flying itself. Airplanes today, though, are built to fly themselves. Does this make pilots obsolete? The augmentation provided by the autopilot allows pilots to focus on higher order functions, like navigating and communicating, allowing the Human-AI centaur to fly the airplane more efficiently.

It is easy to foresee how these augmentations will shift design disciplines. Graphic designers will use design assistants to create omni-platform adaptations for their ‘human’ ideas. Fashion professionals will use evolving body-type data and crunch dimensional databases to create better garments. Algorithms will wind-test future buildings to augment human structural design.

Each practitioner can identify areas of their work that require augmentation, and future service providers will respond with focused algorithmic assistance.

Our society is far from perfect. There is no reason to believe that the technology we are spawning will be any different. In a divided world, can our code insulate itself from politics?

Attitudes of cynicism and racial prejudice take lifetimes to develop and purge. In the algorithmic world though, manifestation is instant. As more algorithms observe human behaviour, it multiplies the chances of our most deviant behaviour being magnified.  Algorithmic repetition even mirrors our own concept of truth, a lie repeated over and over, ossified into cultural truism.

If algorithms mirror biases in societies, it becomes imperative that the groups that write future codes are open, inclusive, and diversely representative, allowing multiple ethical and societal viewpoints to work their way into our mathematics.  By integrating the creative arts into interactions with this world of technology, we have a chance at creating something truly transformational.

The metric we place on code must move beyond economy, speed, and optimisation, to imbibe transparency and collaboration. We must ensure that all of society is represented in its code. Eloquent code must become inclusive code.

We currently lack the predictive skills or the political will to address crises like climate change. We may well be cursed to first experience widespread destruction before we are pushed to change. Could ‘asssistive’ minds help when our politics fail us?

Since the Sputnik launch in 1957, around 8,378 satellites have been sent into space, with almost 5000 in orbit around Earth. The next round of geo-observational systems and sensors may help create accurate warning systems for high-density populations. We may use algorithm-powered apps to tell us whether it is safe to travel to the tidal areas in cities. Open source climate data will inform our by-laws, and then influence the built-scape, creating absorption zones and green belts.

AI-adaptive scenarios may form the basis of policy making, and be taught to equip designers and planners of the future.

The Dawn of Centaur Designers

Instead of trying to produce a programme to simulate the adult mind, why not rather try to produce one which simulates the child’s?

Designers and other creators pride themselves on their neural abilities in making inspired leaps of vision. The creative impulse has a certain irrational beauty, and this allows us a temporary sense of security. How long before the machine is capable of larger creative leaps than us humans? What happens when a machine dreams, or has an epiphany? Artists and practitioners are scratching the surface of this paradigm, and creating projects that are as challenging conceptually as they are visually stunning.

Contemporary artists like Refik Anadol are exploring this rich territory with mind-bending installations. His ‘Machine Hallucinations’ at New York’s Artechouse deploys machine learning algorithms to over 300 million images of New York, “revealing the hidden connections between unique moments in the city’s iconic architectural culture and history.” Anadol speaks of allowing the algorithm to hallucinate to access higher-order functioning in neural networks, and is perhaps a step towards creating original creative thought.

In allowing these new algorithms to reference themselves, and not train on existing human data-sets, we are entering a new domain of algorithmic creativity. Once the algorithm looks inwards, we may open up a whole new paradigm of discovery.

By not using human data we’ve actually removed the constraints of human knowledge, It’s therefore able to create knowledge itself from first principles; from a blank slate.

There are now experiments ongoing to use AlphaGo Zero knowledge to compute diverse applications like the folding of proteins.

If all this talk of machine creativity is unsettling, it’s important to arrive at the base of our concern. The creative industry has long prided itself on being custodians of the way the world looks, feels and functions. Does our pushback to these technologies stem from where we draw validation as practitioners?   Do we call ourselves successful when we satisfy a client’s needs? Is it linked to the money we make? Or are we brave enough to let a mathematical entity judge the impact we’ve made?

I believe the algorithm will provide the design profession with a valuable metric, a marker with which we can judge our own work. Unlike current industry trends that are defined in shallow aesthetic terms, the new age of ‘centaur-designers’ will hold themselves to new standards.

Architectural practices will run algorithms to create optimal urban plans. With new sensor data, more progressive architectural practices will start evaluating their own carbon footprints in real-time. Design firms will have access to real-time life cycle analysis that make visible the dark side of how information is being purchased or sold. Projects like Joler and Crawford’s ‘Anatomy of an AI System’ will make the invisible visible, allowing us to be aware of where our data is flowing and who is using it. Design awards may well be awarded by respected algorithms of the future.

The best side-effect of our marriage with the algorithm may be a deeper understanding of the human condition. Our new relationship may allow us to re-evaluate our place on an increasingly hostile planet. We may not be able to start over in the real world, but our algorithmic partners could simulate for us the advantages of the Tabula Rasa. By starting from the very beginning, and tracing the beginnings of discovery, we may catch all the parts we’ve missed as a species. 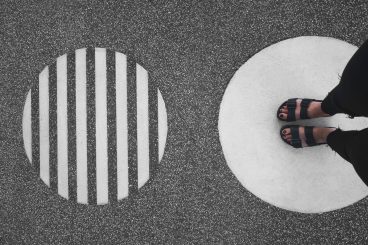 Factor in the Future 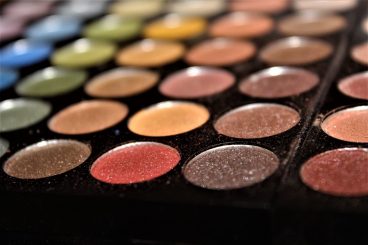 The Hard Copy is a new publication chronicling the design, product and innovation ecosystem in India. Sign up to get content that will help you stay on top of this fast-changing landscape.

The Dawn of Centaur Designers

The Best of India Art Fair

Factor in the Future

Is Design Research Having a Moment in India?