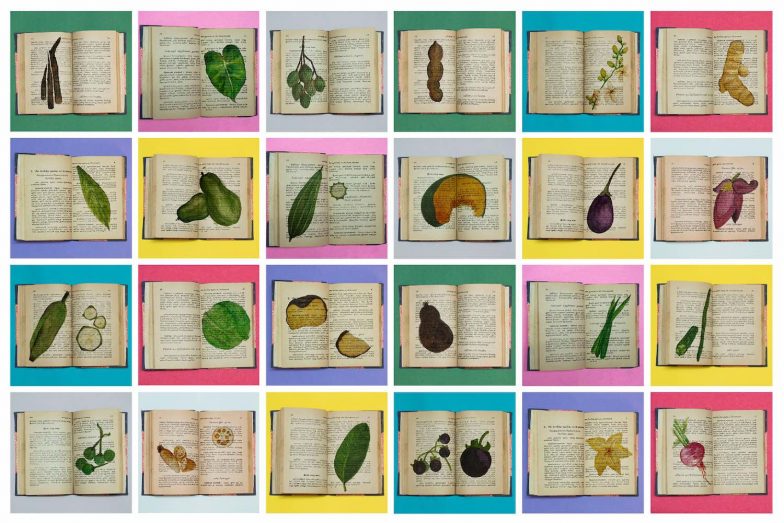 Akash Muralidharan has been interested in food for as long as he can remember. After an undergraduate degree in architecture, he went to study food design at the Scuola Politecnica di Design in Milan. (For the uninitiated, food design is a relatively new discipline that focuses on the design and research of new products and practices related to food.) When he picked the course, Muralidharan admits, it was “because it sounded like something I would enjoy doing.” He had little idea that on his return to India in January 2020, he would tumble head-first into a project that would draw on precisely the skills he had been trained for.

While clearing out his room at his Chennai home, Muralidharan came upon a copy of Samaithu Par – a cookbook that belonged to his grandmother Kamala Natarajan. Samaithu Par, (which translates to ‘Cook and See’) was an iconic cookbook written by Meenakshi Ammal in 1951. With more than three hundred recipes for vegetarian Tamil Brahmin cooking, it was given to all young brides from the community. It was also de rigueur for Tamil Brahmins migrating overseas to carry a copy with them.

Muralidharan’s paati, or grandmother, had also received Samaithu Par as a wedding present. Finding the book triggered a flood of memories for Muralidharan, bringing back the happy times he had spent by his grandmother’s side in the kitchen. As he thought about exploring recipes from the book, he was reminded of the movie ‘Julie & Julia’ where the protagonist takes on a challenge to cook one recipe from legendary chef Julia Child’s cookbook, every day of the year.

Muralidharan decided to pick one recipe a day to cook along with his mother for one hundred days. Samaithu Par is written in a conversational style and Ammal is not strict about adhering to the instructions. She allows substitutions, but with stern reminders about compromising on quality. Her instructions on measurement “use a handful” or “as much as the size of lemon,” will resonate with Indian cooks across the country.

A Dish a Day

As Muralidharan embarked on his hundred day quest, starting March 1st, 2020, he noticed that many of the vegetables mentioned in the recipes were unknown to him. These included Thummatikkai (Country cucumber), Kakkarikai (Snake cucumber), Koorkankizhangu (Coleus potato) and Kaaramani (Yardlong beans). “Even though I had lived in Chennai all my life, I couldn’t recognise these names,” he says. He started asking around, checking in local farms and markets to source the vegetables and digging deeper into the reason for this change in diets.

Muralidharan identified a list of twenty five vegetables that have “fallen off our food map.” Trying to uncover the cause for the missing vegetables involves peeling back multiple layers of societal and economic change. The massive shift in agricultural practices and the adoption of industrial farming has impacted India’s biodiversity. Some of the vegetables involve labour-intensive preparation, which today’s generations may not have time for. ‘Trendy’ vegetables like broccoli and zucchini have displaced local staples. In a dipstick, Muralidharan learnt that people tended to buy vegetables from the selection that the store or vendor presented to them, without too much questioning. “It is quite unlike the old days when meal planning and marketing were elaborate exercises for a household,” he says.

What can be done to keep forgotten species alive for future generations and bring these vegetables back to plates? Muralidharan says the first step is to make people aware of their existence. His hundred day culinary journey, which is documented on his Instagram account, is accompanied by colourful illustrations created by designers Priyadarshini Narayan and Shrishti Prabhakar. The initial plan was to photograph each vegetable but the lockdown did not allow for that.

The illustrations are either overlaid on the pages of Samaithu Par or displayed as cut-outs. Both styles are placed on colourful backgrounds. The objective, says Muralidharan, was to make them feel more contemporary.

As word of his quest has got out, people have started to write in with memories of other vegetables. Ashwarya Magesh, an architecture student sent in three varieties of beans (clove, sword and winged) that were native to the Thiruvannamalai region in Tamil Nadu. She also introduced Muralidharan to air potatoes, which she had seen in her grandmother’s garden.

Bringing back these vegetables into our consideration sets may require reinventing how they are cooked. Muralidharan is aware of the need for new recipes and says that’s part of his plan as a food designer. For now, he’s staying focused on spreading his message as far as he can.

I believe that these vegetables have incredible potential and are very flexible in terms of usage. Traditional recipes have given us a good understanding of dos and don’ts. But it is time to use our creativity and come up with fresh recipes.

Think back to your childhood and see if you can recall a vegetable that you haven’t tasted in years. If you can, send it to Muralidharan for documentation and maybe add it to your menu this week. 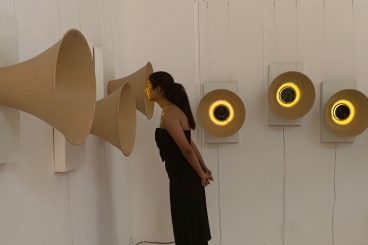 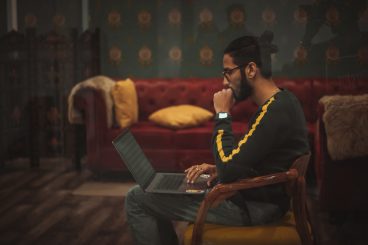 How Photographers are Innovating in the Pandemic