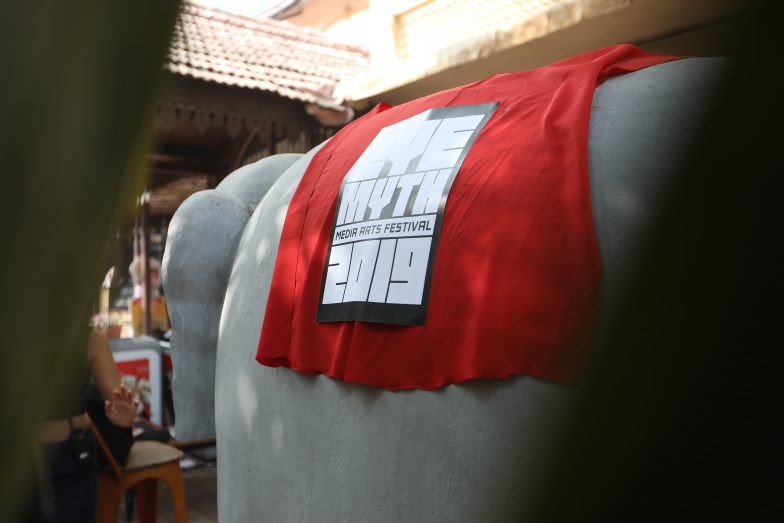 The gaming arcade inside Deepak Talkies, with its post-box red gaming machines, seems like any other until you take a closer look at the games.  One of the games on display is Asura, created by Indian studio Ogre Head. This indie hack-and-slash game has a uniquely Indian narrative, similar in genre to Antariksha Sanchar, a point-and-click adventure game set in Tamil Nadu, which is also playable on the machines.  Created by video game developers from India and around the world, both arcade machines and games at EyeMyth are custom-built.

Although this is EyeMyth’s third year, you could be forgiven for not having heard of the festival. Indeed, new media itself is not a well-understood term and is best described as pertaining to ‘emerging media, whose use has not yet become commonplace’. Virtual reality and augmented reality are perhaps the most easily-understood new media forms today.

Started by interdisciplinary consultancy, Quicksand and The Unbox Festival, EyeMyth focuses on the ecosystem of content around emerging media.

The objective of the festival is to raise awareness and enable creators to understand the value that new media can bring to their work.

EyeMyth 2019 had a number of interesting speakers and workshops.  This included:

Emerging new media artists like Alap Parikh, Abhinav Mishra and Nikunj Patel showcased their work. A gallery hosted two unique VR films, Bambaiyya VR and Vikram and Betaal. (These films were shown as pilots at EyeMyth 2017 and went on to receive funding from the British Council and The Prince Claus Fund). The stunning Aravani Art Project, focused on the transgender community, was also on display.

The wonderful thing about EyeMyth is that it offers a unique opportunity to meet creators at close quarters, in an intimate setting. The 2019 edition of the festival brought in a much larger audience than previous years, many of whom were curious about new media and eager to see how they could use it in their contexts.