Snap’s Partner Summit on June 11th was significant for many reasons. The format alone made it noteworthy.  Like other Covid-hit events, the summit was held online, but the design, the flow and the theatrics made it unlike any other, with comparisons even made to the legendary iPhone unveiling in 2007. The surreal set design is said to have been inspired by artist James Turrell and 3D avatars of the Snap leadership team – starting with founders Evan Spiegel and Bobby Murphy – walked on to the virtual stage by turn, wearing the mandatory tech whiz kid uniform of jeans, T and sneakers.

For a company that positions itself as melding physical and digital reality – the launch could not have been more on-brand.

Snap and India: A Hate-Love Relationship?

India was one of five countries that Spiegel referenced in his opening notes when he spoke of key markets outside the US, pointing out that Snap’s Indian Daily Average Users had grown 120% over the last year. Announcing the new global Landmarks added to the app, which users could include in their AR canvases, Murphy showed an image of Gateway of India, with tri-color rosettes imposed on it.

This is an interesting change of heart.  According to this 2015 report in Variety magazine, ex-employee Anthony Pompliano expressed concern that the app was not taking off overseas. Spiegel’s response, according to Pompliano, “This app is only for rich people, I don’t want to expand into poor countries like India and Spain.” Since then, Snap has denied that Spiegel ever made those remarks.

Clearly India is important to Snap’s plans now, as it should be. Indians are now the second largest audience (23 million) on Snap, only second to the United States (103 million)

Snap’s core audience is 13-34 year olds and Indians are the youngest demographic in the world. Snap is far away from the most-used social apps in India, which are Facebook (175 million) and TikTok (60 million) but not too far behind Instagram (36 million).  If Snap gets its India strategy right, there is plenty of headroom here.

The new announcements at the Partner Summit could have interesting implications for India.  Local  content creation, locally relevant apps via Minis, even the holy grail of monetising small businesses by including them in Snap Maps. We hear that the Snap team in India is working hard on developing creative assets in multiple languages.

In an interview with NDTV after the summit, Spiegel admired the Indian ‘visual fluidity.’  It would be safe to assume that his team is now doubling down on addressing the Indian market. What will this bring? Watch this space. 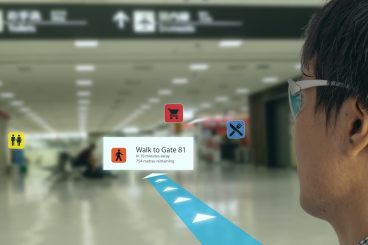