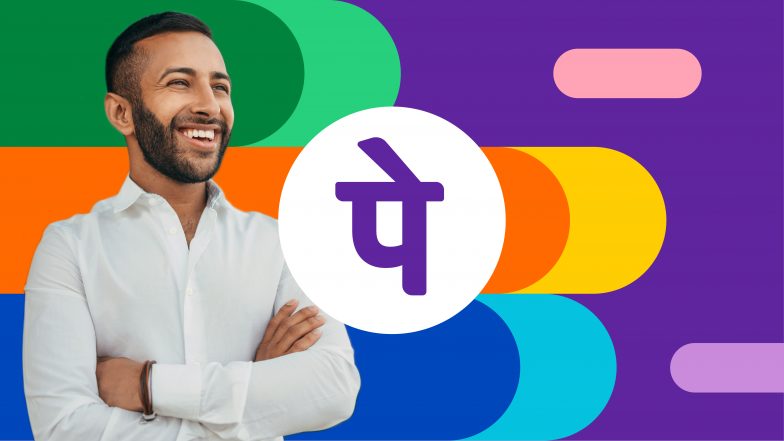 PhonePe, the payments company, has seen dizzying growth since it was acquired by Flipkart in 2016. In March 2021, it became the first digital payments platform to cross a billion transactions on UPI. In May 2021, it crossed 1.14 billion UPI transactions, translating to a whopping 47.7% share of the total UPI market in India.  Its current registered user base includes over thirty crore Indians and over two crore merchants. PhonePe has also grown beyond payments to include investments like mutual funds, gold and insurance, in addition to several other use cases.

Given the company’s growth, the founding team felt that it was time to re-evaluate and define the PhonePe brand, so it could communicate effectively across multiple audiences and interactions.

Start with the Customer

While the company had launched several tactical marketing initiatives, there had been no concerted effort to define and institutionalise the PhonePe brand. In 2019, the founding team brought in Richa Sharma, a Vodafone and Flipkart marketing veteran, to do just that.

PhonePe operates in a very competitive market, with formidable global and Indian competitors. Sharma, who now serves as Director, Brand Marketing, started with a pan-India study of PhonePe customers and merchants.

The big learning from the study was that while app performance was greatly appreciated, brand perception was diffused. There was no strong association with PhonePe.

The core task in any brand strategy exercise is to define the target audience tightly, but how do you do this when every Indian with a smartphone and bank account is your customer or prospect?

“Instead of seeing this as a challenge for branding,” says Sharma, “we continually reinforce that it is a privilege. The fact that we address Indians across locations and economic / demographic profiles is the defining code for all our communication.”

Nine customer personas were identified, based on where they stood on the dual axes of digital and financial sophistication. At one end of the spectrum was a teenager who, while active on the Internet, was not financially independent. On the other end, was the mirror persona of a financially savvy, but digitally timid person. The remaining personas were plotted in between these two extremes.

A common thread united all these personas and that was the quest for a better life. The liberation and delight created by the unlocking of payments and related services, transcended all geographical and demographic silos. Whether it was to live better today, or invest for a better tomorrow, everyone wants to ‘upgrade’ and money is an essential part of this journey.

“The brand positioning that emerged from this insight was ‘PhonePe is the bridge to progress for a billion Indians who work hard everyday to realise their aspirations.’ This was captured in the brand expression ‘Karte ja, Badhte ja’ (Hindi for ‘Keep working, Keep moving forward.’) Core to this construct is the idea that progress comes through small, but consistent incremental steps, as well as hard work and resilience.”

Is this a differentiated brand platform? Could not PhonePe’s competitors claim the same?

“The difference,” says Sharma, “is not so much in a positioning statement, it is in how you bring it alive in your brand experience. When you are a large, mass-market player across ever-expanding categories, the role of positioning is to act as a compass – differentiation can only be created by execution on the ground.”

PhonePe’s ubiquity and superior performance meant that app was already well-appreciated. The task ahead for the branding team was to create affinity and recall for the brand. This involved defining the brand’s personality and a re-haul of the  brand’s visual identity (covered in Part II of this series). In the funnel is a mix of above and below-the line branding efforts, based on the brand’s new platform.

In PhonePe’s impact-driven culture, branding efforts must also deliver on KPIs. This includes top-of-the-funnel traffic, as well as metrics that are defined for individual campaigns.

The most successful brand frameworks demand both sound strategy and strong internal conviction. Sharma says it is part of her team’s job to constantly reinforce why building the brand is important. “The founders have always been believers of investing in the brand,” she says, “and now the entire company shares that conviction.” 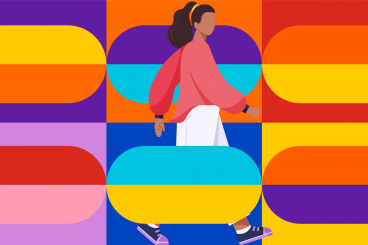 India’s Own Clubhouse Has a Twist