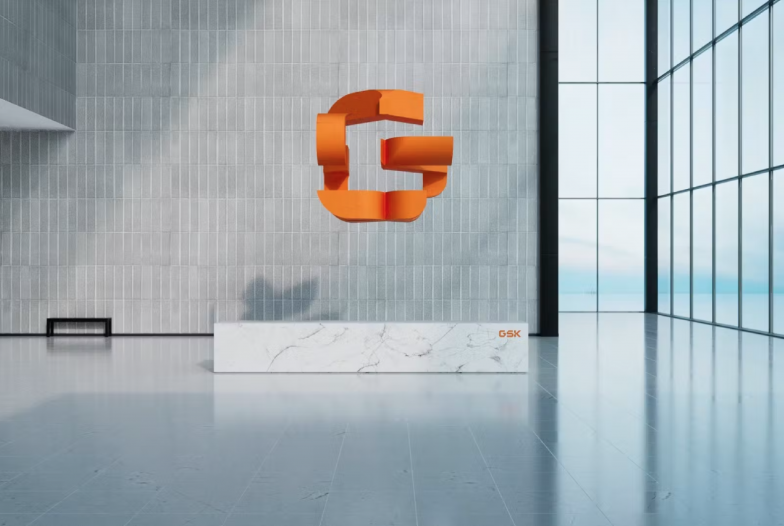 GSK is not the first pharma company to do this, as the industry doubles down on separating ‘consumer goods’ from ‘science.’

In 2019, before it announced a new brand identity by Landor & Fitch, Pfizer sold its consumer business to GSK.

In 2021, Johnson & Johnson announced that it was splitting its businesses in the same way: Its household products unit with brands like Band-Aid and Neutrogena and Listerine was separated from its faster-growing division that makes and sells prescription drugs and medical devices, including its Covid-19 vaccine. (So far, we haven’t heard about the new name for any of the divisions).

Not in the same industry but still relevant: GE has also announced plans to create three separate publicly traded companies, spinning out its medical and energy units from its aviation unit.

Wolff Olins carried out the rebrand for GSK, using the ‘visual language of biosciences, genomic sequencing and data analysis.’

The curved forms in the new identity are inspired by the ‘adaptability of the human immune system’ and find their way to other applications like print and digital collateral and employee merchandise.

We particularly loved how the spatial aspects of the brand identity work.

The brand identity change is accompanied by a somewhat cliched articulation of purpose: Ahead Together. More interesting is a document called The Code, which outlines values and commitments.

GSK’s consumer business will now be listed as a separate business called Haleon.

What did you think of the rebrand? Tell us in the comments.