The pandemic is forcing everyone to pivot, innovate, fight for survival – whatever you want to call it. The latest news of change comes in from Air Asia that announced it would go beyond an airline to be – what else – a super app!

Tony Fernandes, CEO Air Asia, said the downturn that grounded over 90% of the airlines’ fleet, had forced them to introspect and focus on other revenue streams. The founder of the Malaysian-based carrier is looking to emulate other one-stop ‘super-apps’ in the region such as Grab and GoJek.

“I know a super-app sounds like a lofty target but Grab and GoJek also started out small as food or mobility apps. Plus people also questioned me the same way when I said I wanted to start AirAsia.”

Tony Fernandes, CEO, Air Asia, in an interview to BBC

The Air Asia super-app will offer over fifteen types of products and services under three main pillars: travel, e-commerce and fintech. These services include BigPay, its digital payment application; Teleport, its wholly-owned logistics, e-commerce and delivery business; and Santan, the food and beverage franchise.

Users from Singapore also reported a ‘Get it fresh’ section offering groceries as well as a Cameo look-alike called ‘Get Holla,’ which offers paid shout outs from artists under RedRecords, Air Asia’s record label in partnership with Universal Music.

Launched just a few weeks ago, it is not clear which of these features will be available in India, given that the Tony Fernandes-led AirAsia Berhad is in discussions to exit India.

A new logo and visual identity created by 72andSunny, Singapore, has been released for the new app. This is accompanied by a new, somewhat ambiguous tagline, “for everyone,” which replaces the previous “now everyone can fly” slogan.

Air Asia is counting on the data it has collected from its database of seventy five million passengers to deliver on its promise of a super-app, but it is going up against very well-funded companies like Grab and Gojek.

In terms of branding and identity, the closest parallel to this would be Virgin, who took a single brand and extended it across everything from airlines to music. (In fact the old Air Asia logo was distinctly Virgin-esque). It is not clear if this transition will happen easily for Air Asia, especially when the new identity does nothing to downplay the ‘air’ and communicate that the brand is now more than an airline. 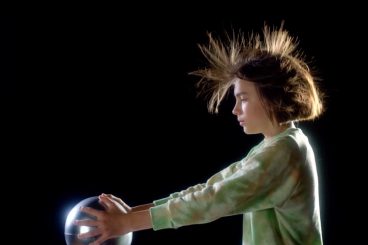 Accenture is Having a Henry Ford Moment