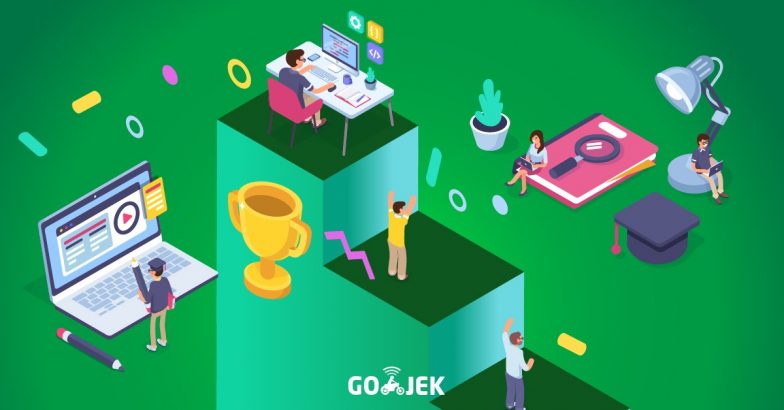 In Indonesia, Gojek is a juggernaut. The decacorn has 170 million users across South-East Asia, offering services from ride-hailing to ticket-booking. Among its investors are Google, Tencent and recently, Facebook and PayPal. When it came to India in 2016 to set up a development base, it faced a unique challenge.

Gojek needed to hire engineers and developers, but was an unknown brand because it had no operations in India. In addition to home-grown unicorns, let’s not forget that everyone from Walmart to Adobe, has development centres in India. Gojek would need to fight for salience amongst a group of elite technologists who were being targeted by the biggest Indian and global brands.

Sidu Ponnappa, SVP Engineering, Internal Products, Gojek India – whose C42 Engineering was acqui-hired by Gojek Indonesia in 2015 – lays out the math. A conservative estimate is that a round of funding for a tech-first company translates to five new engineers and one manager. 1185 rounds of funding happened in India in 2019, so get out your calculators and estimate the competition for talent.

Gojek developed and executed an employer branding strategy, and looking back, it would be safe to say that the company’s efforts have been a success. Adithya Venkatesan, Head of Marketing-India & Employer Branding-Global, confirms that they have filled all open positions. More importantly, Gojek is now regarded with respect among the country’s engineering and product community.

How did they do it and what did they learn in the process?

Speak in (The Right) Tongues

In 2019, Gojek ran a series of outdoor ads in Bengaluru that may have seemed cryptic to the average passerby.

The idea of the campaign was to position Gojek as a place where great tech and engineering are respected. Rather than resort to ‘least-common-denominator’ verbiage, the team made it a point to use language that only their target audience would comprehend.

“In India, we tend to under-appreciate the value of professions that involve building things with minds and hands – art, craft, design and of course, engineering,” says Ponnappa. “We had to reach out and signal that Gojek was different.”

“At Gojek, we view software as an applied art. It is that rare profession where beautiful, high-quality work directly translates to scalability and impact on the top and bottom line.”

“99% of the people who see our technical ads won’t get them. That’s fine, as long as the 1% who do, can’t forget them,” says Venkatesan. Among this 1% was Raviraj Singh, a former software engineer at Myntra who wasn’t thinking of moving until he saw the Gojek ad at Bengaluru Airport. Today, Singh works in the team looking after GoPay, the company’s fast-growing digital wallet product.

“I was surprised to see that ad – after all, just a handful of people would have understood it. I immediately spoke to my friend who worked at Gojek to find out more and I applied”.

When Venkatesan says they went the extra mile to get the premium talent they needed, he is not joking. Cheeky billboards with a call to “Get Out Now” were placed outside the offices of companies known to do bell-curve evaluations, a practice frowned upon by engineers.

In his book, Alchemy, Rory Sutherland, Vice Chairman Ogilvy, spoke about the signalling that ‘expensive’ media space brings, even to the non-target audience. Just by using this kind of premium media, Gojek was also sending a message about its stature that was far more effective than, say, a Linkedin Inmail campaign. However, the clincher was clearly the campaign content, something many other firms have got wrong.

A news aggregator DailyHunt, committed the cardinal sin of calling engineers ‘techies’ on its billboards. The campaign also used HTML code, a language that is hardly cutting-edge today. Says a developer I spoke to, “You can always tell when something has come only from the marketing department.”

Originally a motorcycle-taxi service, Gojek has expanded to over twenty services including food delivery, digital wallet, ticketing and even fuel delivery. This can prove tricky when you are trying to communicate what you do. The Gojek team adopted the ‘Super-app’ positioning – a construct that is both familiar and aspirational to the target community, because it signals that both a depth and breadth of roles is possible within the same company.

Gojek chose to communicate its ‘Super-app’ through a 1:20 minute ad in movie theatres during the wildly popular Avengers: Endgame. Again, the length of the film and choice of media sent as strong a signal as the content of the ad.

Going through the Gojek engineering blog, I was struck by the many references to mistakes and failures. This is unusual but it is an essential part of the Gojek culture that insists on authenticity.

“Failure is a recurring theme on our blog, and we believe that adds a sense of authenticity and true achievement for the successes we put out. What is wrong with messing up? It happens to everyone. If we’re attracting premium talent, we want to let them know that taking calculated risks and making mistakes is okay – as long as we all learn from them.”

In fact, even in the process of providing inputs for this article, the company was candid about things that went wrong with the campaign. “We didn’t effectively convey to finance and the rest of the organisation what we intended to do, so budgets and processes dragged quite a bit. Perhaps we could have also got more opinions from our own engineers for technical ads,” says Venkatesan.

Gojek has also been proactive about integrating into the developer community, including making key projects open-source. It also helps that senior team members like Ponnappa are vocal and active on social media and speak regularly at conferences.In addition to the overarching recruitment goal, Gojek tracks metrics like cost per resume and cost per hire. The company also carries out internal surveys to understand what motivated people to join.

On the eve of the company’s 10-year anniversary celebrations, I ask Venkatesan about something I heard from many people while researching this story : “Is it true that you can you walk into another technology firm if you have a Gojek offer?” Venkatesan neither confirms or denies this, though he does say it’s not the first time he’s heard the rumour.