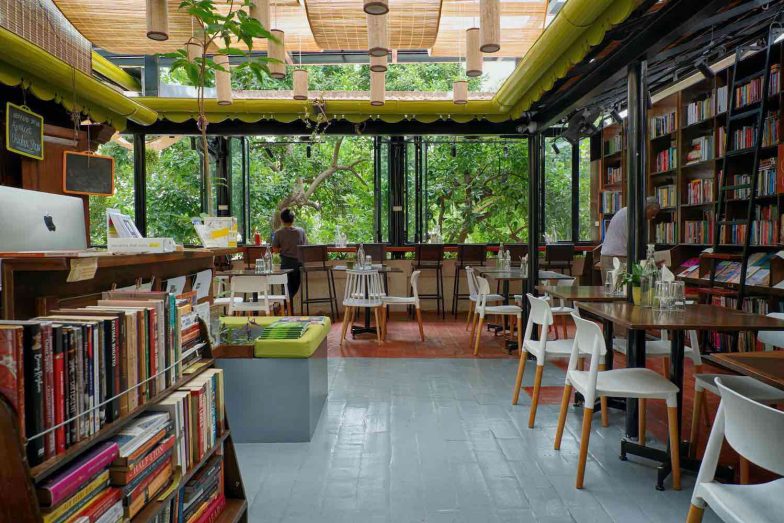 Tucked away in a quiet cul-de-sac in Bengaluru, Champaca seems suspended amongst the trees as you climb the short flight of stairs to the store.  The Champaca tree, after which it is named, grows through the centre of the space, which also houses a café and a children’s library.

In the year since its launch, Champaca has succeeded in creating a space that is known not just for its curated selection, but also for bringing the community together via book launches and readings. Founder Radhika Timbadia admits that she felt “magic was beginning to happen,” when poet, Hoshang Merchant came to the store to sign copies of his books in August 2019. He held an impromptu poetry reading session around the Champaca tree, which ended with attendees reading verses back to him.

Says designer Priyanka Dilip who is a regular visitor along with her six year old daughter Mia, “Champaca makes for perfect downtime. Mia reads, I drink coffee. I read, she eats cake and we both listen to the birds on the tree that overlooks the cafe.”

Like all good Indie businesses, Champaca works because it clearly an extension of Timbadia’s personal philosophy.

We believe that a good bookshelf should hold a world of voices and stories, from across time, place and experience. We love nature writing, science, reflections across genres on gender and caste and history. We feature fiction, non-fiction, the social sciences and history. We love translations, science fiction and graphic novels. We believe that the relatively unheard needs more place on shelves and that no single voice should dominate. We enjoy the whimsy of a bookshelf, and hope that everyone can discover something fresh and interesting each time they visit.

Champaca’s events are as carefully curated as its books. Kokaachi, the Indie publisher, celebrated its fifth birthday at Champaca, with a conversation around their design process. A  series of discussions titled ‘Books for Now,’ has included Hannah Arendt’s The Origins of Totalitarianism and Siddalingaiah’s A Word With You, World. Champaca has also featured independent collectives and local publishers like Reliable Copy, zine makers, artists and film collectives like Faraway Originals and Ghost Animation.

The store’s logo was designed by Kriti Monga of Turmeric Design. It combines the flower of the Champaca tree, a racket-tailed drongo and a sambar stag – all creatures local to this particular part of the world and perhaps a reflection of Timbadia’s background as a conservationist.

Dealing with the Pandemic

Champaca was closed during the lockdown and has just reopened.  Given that footfall is unlikely to be the same, they have taken a number of measures to keep business going.

The first step naturally, was to put their selection online. More importantly, Champaca has launched initiatives that build on their curatorial strengths. A Book Subscription Service with plans ranging from three to twelve months, will ship you a parcel of carefully selected books every month. This year, the subscription will contain translations from India and across the world.

On the cards also, is a book club anchored by Somak Ghoshal, Freelance Writer and Consultant Editor, Mint, as well as a book community where readers can be in constant conversation with each other. Events will move online and one is planned with American author, Roxane Gay, on June 20, 2020.

Timbadia is confident that Champaca’s loyal customers will adapt to this more virtual form of engagement.  The store’s ‘buy-now, redeem-later’ coupons during the lockdown received an enthusiastic reception, with many people coming forward to help the team tide over rough times.  Perhaps the fact that Champaca has been less about the buying and selling of books and more about building an intellectual, inclusive community, will now hold it in good stead.

Exhalation by Ted Chiang: If you like science fiction, you will like Ted Chiang’s latest short story collection. Through sci-fi tropes like parallel timelines and artificial intelligence, Chiang explores a whole range of ideas, from free will to the nature of parenting. Each story is inventive, thought-provoking, and wonderfully written.

Superior by Angela Saini: Superior: The Return of Race Science tells the disturbing story of how science has been persistently tainted by racial prejudices. Angela Saini, a science journalist, who previously wrote ‘Inferior: How Science Got Women Wrong –and the New Research That’s Rewriting the Story,’ writes this meticulously researched and very timely book as people once again start using bogus race science to justify “…adding intellectual ballast to their prejudice on issues ranging from equality to immigration.”

Mohanaswamy by Vasudhendra: Mohanaswamy is a landmark book in vernacular Indian literature – one of the earliest by a queer author to explicitly explore themes of homosexual relationships and sexuality. This translation from the Kannada brings to the reader the story of a rural man who discovers facets of his sexuality from childhood through his journey to the big city for a career. It sketches scenes of happiness, disappointment and hope, traversing his ways of being sane in an insane society.

Karukku by Bama: This seminal autobiography is a powerful exploration of intersectionality in the South Indian social context. Bama uses a nonlinear narrative style to chronicle her experiences as a Dalit Christian woman. Bama, who goes by the name Faustina Mary Fatima Rani when not writing, was ostracized and banned from her village in Tamil Nadu when the book was published in 1992.

The Havoc of Choice by Wanjiru Koinange: Sometimes seeing our societies reflected in a story from a completely different perspective can give us many insights about ourselves. The Havoc of Choice, set in Kenya, is about Kavata, who has spent her life suffocated by political machinations, as her husband decides to run in the next election. Focusing on a single family, Koinange explores colonisation, corruption, class and clan in her debut novel. Our countries have much in common, from a colonial past to class, clan and caste-based fault lines, to a richness in diversity that we must learn to celebrate. Read this book for an engaging story set in a fascinating country, to broaden your horizons and be left with a yearning to know and see more.

Because Internet by Gretchen McCulloch: A linguist challenges the idea that the internet is “killing” language in this fascinating and well-researched book. McCulloch explores how punctuation can change the tone of a text, what it means if you type “LOL” instead of “lol”, and how language evolves and takes new forms in the digital space. Read this for a nuanced look at the innovations (and shortcomings) of internet linguistics. 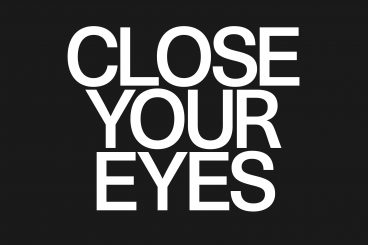 How Urban Company ‘Pros’ Got Back To Work