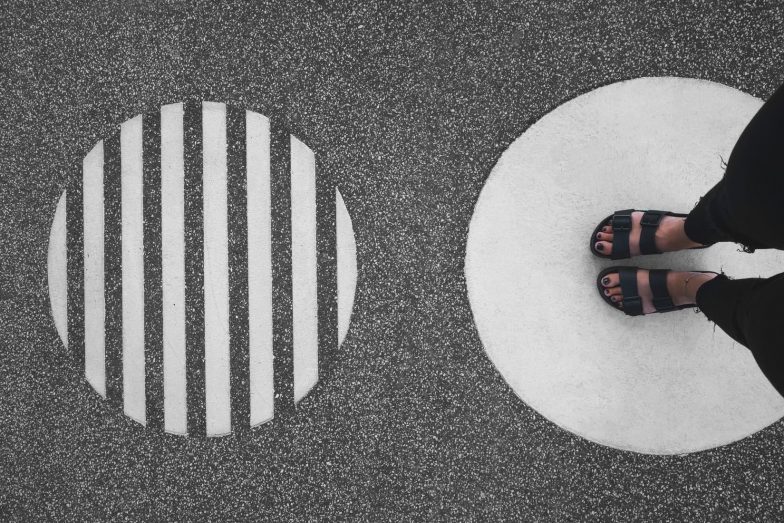 One of the most prominent shifts that has accompanied the rise of mobile technology is the ‘free-to-play’ model of game design. Free-to-play games require no upfront payment. A player signs in on a mobile phone or a web platform to experience the game of their choice. Most free-to-play games that have experienced long-term success, from FarmVille to Clash of Clans, are infinite — there is no end to available gameplay.

In the studio, these games are referred to as ‘live games’. Development is perpetual — there is a dedicated team of professionals working nonstop to keep their game fresh, immersive and high-performing. The onus is on them to be flexible, to anticipate or infer changing player needs, and to adapt design to meet them. Their method demands perceiving long-term trends and understanding shifts in player psychology over the life-cycle of a game.

Arguably, working on a ‘live game’ is a useful parallel when  designing for an ever-shifting spatial and temporal reality. Here are a few game design practices that can help you future-proof your work.

Craft a design vision that anticipates tomorrow’s needs and builds them in to your framework today. While this may seem obvious, it demands careful consideration.

2. Design for a Diverse Audience

This diversification, of what constitutes the identity of a ‘gamer’ has definitely contributed to their success. FarmVille 2, a game set in the 1950’s American midwest, features a woman mayor and a bi-racial married couple with an adopted child. Assassin’s Creed 3: Liberation recently featured a playable woman character, the Tomb-Raider games feature Lara Croft. There is a long way to go before marginalised identities are adequately represented in games, but when done right, it results in success.

Ask yourself how your work can expand its appeal beyond your current audiences and take the plunge.

A game designer walks through a player’s experience hundreds of times through the life-cycle of their game. We try and experience our game as different types of players, to develop ‘what happens next’ to a player who has been playing for over a hundred days, or for one who might want competitive or cooperative or solo-play experiences. Giving someone a long-term reason to stay keeps your world immersive.

In Candy Crush Saga, once a player masters matching three sweets in a row, they’re introduced to a major obstacle — chocolate. As the game progresses, its level design, obstacles and power-ups grow in complexity. Contrary to popular belief, this keeps a player engaged by presenting new challenges, with that all-important dopamine hit as a reward for success.

A user who is overwhelmed with information upfront is unlikely to return, but one who is bored once the novelty wears off is equally undesirable to a designer.

Think about what you do as a series of guided experiences that gradually reveal themselves.

4. Strike a Balance Between Instinct and Information

There is a fair amount of speculation involved in the game design process, but it isn’t an entirely blue-sky exercise. Before our games go live, there is an absence of direct data from our design, and so we turn to white papers on human psychology and study our intended market. We also play hundreds of games to deconstruct what constitutes ‘fun’, analyze how ‘fun’ is evolving over time, and future-proof our design with our inferences.

In India, the emergence of games like Teen Patti and Bingo Bash are the outcome of the synergy between data on the growth of the Indian mobile market, and an educated hypothesis that gambling mechanics appeal to the Indian psyche.

A bias towards pure instinct or data can be more detrimental than beneficial, so make sure your work reflects both.

Ensure that adequate feedback loops are incorporated into your design. A game team constantly tracks player data to optimise and personalise each experience. We also rely upon direct feedback from all our players, via reviews on the app store, tickets raised with customer service, and direct interactions on social media and in player testing.

The more feedback you can aggregate, the better you can understand what your audience wants and adapt on the fly. See if you can run major changes to your world past existing users before implementing them — they make for an excellent sounding board.

As game designers, we respond, not react when faced with a staggering volume of input. It is important to draw a line in the sand and determine what feedback genuinely drives your long-term vision. Your user might know what they want today, but as a designer, you know what the bigger picture demands.

Always remember to vet any new ideas and feedback against your design vision, but don’t be afraid to adapt. After all, the best laid plans of mice and designers often go awry.

Being open to change is the greatest skill a designer can have to ensure their work is relevant for all possible futures.

Analog/ Virtual: And Other Simulations of Your Future (Hachette India) by Lavanya Lakshminarayan is a collection of interlinked short stories set in the dystopian future of Bangalore. The book releases on February 29, 2020 and can be pre-ordered here: https://www.amazon.in/Analog-Virtual-Other-Simulations-Future-ebook/dp/B083PWXNW2