In 2016, Ankit Garg and Chaitanya Ramalingegowda founded Wakefit.co, a sleep and home solutions company, with a total pool of Rs. 6 lakh. Garg, who hailed from a family business that tested foam formulations, and then worked for the German multinational Bayer Material Science, was convinced that there was a better way to design, produce and sell mattresses.

Fast forward to 2020 and Wakefit has reported a turnover of close to Rs. 200 crore, with 500,000 customers across 19,000 pincodes. The company has been profitable since inception, and says it has fuelled its growth with “a razor-sharp focus on product, brand and customer word-of-mouth.”

Wakefit’s first offering was an orthopaedic memory foam mattress, which remains its flagship product today. There were few competing products in the market and Wakefit’s mattress was priced 40% to 50% below traditional players. The first hundred sales happened through personal networks and word of mouth. The founders made the deliveries personally from their cars, an experience, they say, helped them gather valuable customers insights. (The product has gone through sixteen iterations based on customer feedback).

The biggest challenge for the team was to make customers switch from the familiar offline buying process. The answer was a 100 day trial – something that no other company was offering, coupled with educational content on why this was a scientifically better way to buy. The offer was also well-suited to the nature of the product. As co-founder Ankit Garg points out, “You only know if a mattress is comfortable after you have slept on it for a while.” The 100 day trial worked and both sales and positive online reviews soared.

By late 2018, Wakefit’s turnover had touched Rs. 81 crore. It was time to plan for the next stage of growth and Garg and Ramelingegowda met with Raja Ganapathy, co-founder of creative consultancy and investment firm, Spring Marketing Capital.

Spring crafted and executed a three-pronged strategy for Wakefit, in close collaboration with their in-house marketing team:

Ganapathy says that Spring’s first priority was to answer the question, “Who is Wakefit?” After understanding the vision for the brand, the Spring team recommended that Wakefit be positioned as a ‘sleep solutions company.’ This shift, he maintains, was more than consultant-speak. It laid the foundation for an ambition that was beyond mattresses, both in terms of product portfolio as well as marketing strategy.

While all companies will tout customer obsession as a core value, the Spring team says that Wakefit actually factors customer insights into all aspects of the business. Key psychographics for the Wakefit customer include a strong motivation for a healthy lifestyle, as well as the propensity to research widely before a purchase. Wakefit ensured that these needs were addressed in both the pre and post-purchase experience. Wakefit’s own website, which contributes 65%-70% of revenue for the company, is rich in content to aid decision-making and includes advice like: ‘If even one of the sleepers weighs over 80 kg, then you require a mattress thickness of 8 inches’. Custom-sized mattresses can be ordered for no additional fee. Customers receive multiple notifications about the status of the product after a purchase, as well as detailed instructions for use and care.

“Our intent is to communicate that the purchase is the beginning of a relationship, not the end of one.”

Spring designed the ‘World of Wakefit,’ changing the previous orange and blue palette to one inspired by night time hues.

The form of the logo is unchanged, but it is now a quieter, monochromatic purple. The leaping ‘K’ form is pulled out and used as a standalone identifier in several places. A mascot in the form of a sheep, called ‘Baabaa’ was also introduced – a sleep crusader who advocates a good night’s rest.

The extended design system is built on two broad components: science-led product innovation, and the softer aspect of the sleep world, inspired by playful dreams. Over the course of a year Spring has refreshed the brand’s social media and website and recently launched a magazine called The Bedlamp.

At the core of Wakefit’s marketing success is a series of witty, fun films and initiatives created by Spring to establish a strong connection between sleep and the brand. In addition to product promotions through the mascot, there is also more nuanced communication that does not feature a mattress. Wakefit Postbox (Open Letters During the Pandemic) has people thanking a delivery boy or yearning for domestic helper ‘Sangita Didi,’ while ending with a message to take care and sleep well. The films, only released on digital platforms, succeeded in creating interest in the brand and pushing direct and organic traffic up by more than 25%.

The real blockbuster, for Wakefit, however was the ‘Sleep Internship’. In November 2019 Wakefit advertised for sleep interns, whose job would be to sleep nine hours a day. The interns would be paid Rs. 1 lakh a month, so that the Wakefit team could study their sleep patterns and reward them for good sleeping habits. The tongue-in-cheek job description called for “candidates who thrive in slow-paced environments.” The series of video ads received more than 5.5 million views on YouTube and 1.65 lakh candidates across 30 countries applied for the job. After three selection rounds, 23 interns were finally appointed. Ganapathy remembers being at a panel discussion in front of a live audience, when a member of the audience sent him a note asking, “Did my son get the internship?” “That’s when I knew the initiative had really hit home,” he laughs.

The sleep internship was covered by every major publication in India and brand awareness soared. Spring co-founder, Vineet Gupta, says that they hit traffic, conversion and revenue targets with only 10% of the allocated marketing budget.

Given that Wakefit has seen a 2.5x increase in its turnover since 2018, the digital brand awareness initiatives seem to have succeeded. This is particularly interesting in light of the long- standing argument that digital media is best suited to performance marketing and transactions, while offline channels are more effective for raising brand awareness.

Gupta says they don’t believe in any blanket rules about mediums. In any case, the digital medium has evolved greatly from the early days of being a pure, ‘lean-forward’ transactional medium, to one where significant ‘lean-back’ content consumption is happening. The important thing, he says, is to be relevant and use each medium for its strengths.

“Sleep is a high-engagement topic and multiple conversations happen about it online. Our strategy is to ensure that Wakefit is always part of those conversations in a meaningful way. Wakefit has responded appropriately every time the conversation around sleep shifts. Take the example of the lockdown – amongst other initiatives, one of our responses was the light-hearted ‘Bartan Dho Liye’ film, which showed a sleep- deprived man trying to juggle WFH and domestic duties. It was a reality that everyone could identify with.”

From Sleep Solutions to Home Solutions?

Wakefit has recently expanded to selling furniture, under the same brand name. How will this impact the ‘sleep solutions’ positioning?

Spring and Wakefit admit that the tightly woven sleep solutions narrative will now have to change. However, as they work through the next phase, they believe that the core approach of being science-led and going all out to own a sharp positioning in the customer’s mind, will continue to stand them in good stead. 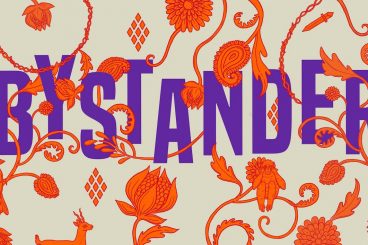 Don’t Be A Bystander