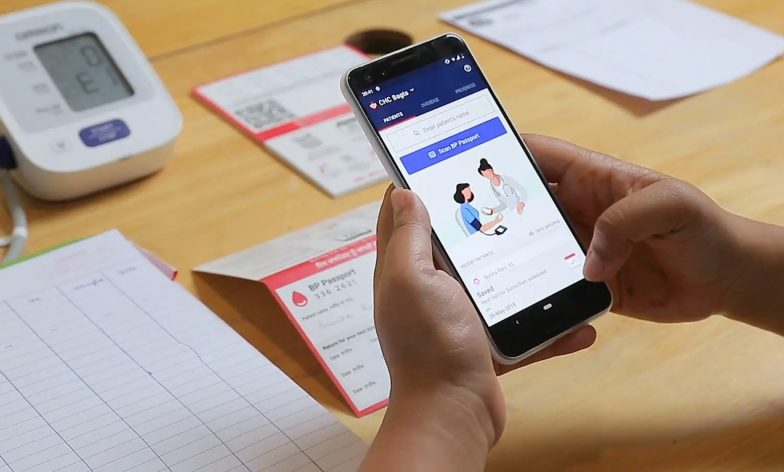 Non communicable diseases (NCDs) are collectively responsible for almost 70% of all deaths worldwide. The burden of NCDs falls mainly on developing countries, where 82% of premature deaths from these diseases occur. In India, for example, NCDs like hypertension, along with injuries, make up the largest disease burden. This happens year after year, despite the fact that NCDs can be prevented through regular monitoring of a prescribed regime.

Regular monitoring demands a robust Electronic Medical Record (EMR) system, where patient data can be captured and referenced. Unfortunately, India’s record with EMR has been patchy at best. There are too many reasons to enumerate here, but at the heart of the problem is the lack of sustained usage by the target audience, be it healthcare workers or patients.

The story behind Simple – an open-source app that allows healthcare workers to manage patients with high blood pressure – has several lessons for anyone attempting a technology intervention with low-income users in constrained conditions.

In November 2017, the Ministry of Family Health and Welfare in India announced the India Hypertension Management Initiative (IHMI), with the aim of reducing deaths caused by hypertension. They were joined by Resolve to Save Lives (RTSL), an initiative of Vital Strategies that works to strengthen public health systems in low and middle-income countries.

Hypertension can be managed with inexpensive medication, if it is detected and monitored in time. The first piece of data captured by a nurse or frontline health worker in an Indian clinical setting is blood pressure. The task before the Simple team was to digitally empower the nurse, so that she could capture and retrieve data easily, track patients and remind them to stick to their regimes. This needed to account for the conditions that the nurses operated in – noisy, cluttered environments, intermittent Internet access and low-end mobile devices.

After a pilot with healthcare workers in Punjab, which used paper cards to understand the process, Daniel Burka, Director of Design, RTSL, felt that a team with experience in designing for the local context would be best suited to develop the product. Strategic design studio Obvious joined the initiative in 2018 to work on the design and engineering of the app.

“We have economists, market-researchers, sociologists and anthropologists in our team, which helps us go beyond just a ‘design’ response to an intervention which is respectful of people’s conditions, the reality of first-time smartphone users and of the extreme pressures that exist in a busy rural healthcare environment.”

Do a Few Things Really Well

Simple’s product philosophy was to do a few things and do them really well. The open-source, free Android app installs at under 20MB and launched with two components:

Not using a typical linear project approach, Obvious followed a user testing-and-learning methodology, which aimed to co-create the app with users. Interestingly, every single member of the team, and not just the researchers, spent time interacting with nurses in clinics in Punjab. This naturally served to create empathy for the end-user. More importantly, it helped to drive home the point that the app needed to fit into the workflow of the always-busy nurse, with as little friction as possible. For instance, a member of the engineering team noticed that network coverage was extremely spotty, and came up with a password-reset flow that did not require the nurse to have access to data, but relied instead on a simple phone call.

The team started by creating an experimental app using quick throwaway code, which which allowed for A/B testing of different scenarios with users. User studies were carried out with nurses, both in studio settings in Bangalore and at healthcare centres in Punjab.

“Seeing clinicians use the app with real patients in a real health facility early on was the moment of truth for our team.”

The product roadmap was based on the data from these rigorous control studies. Small but valuable insights were gathered. For example, it was hard to find a unique patient identifier because patients had the same name and families shared the same device. To address this, the team created a ‘BP Passport’ for each patient – a paper kit with patient information, medication, medical data and lifestyle advice. The BP Passport had a QR Code, which the clinician could scan to find the patient instantly.

This ‘co-creation’ approach became foundational to the project. The team had frequent interactions with the nurses, before it built anything. This was done through a variety of methods, from high-fidelity digital prototypes using tools like Protopie, to more informal discussions using pen and paper.

Given the prevailing conditions, the Obvious team decided to go offline first – which meant that all data collected had to be stored on the phone. In hindsight, the team says that this is one of the most important decisions they made. It removed an important barrier to adoption – constant Internet access – and added speed.

“In countries like India, Bangladesh, or Ethiopia where a patient encounter is often less than 5 minutes, every second counts and therefore every call to the server matters.”

Daniel Burka, Director of Design, Resolve To Save Lives

Nurses could continue to record patient data and the syncing would happen whenever an Internet connection was available. This was also a familiar mobile usage pattern for the target audience, given that their natural instinct was to be conservative about data, battery and storage.

Simple has created a set of design principles that has helped optimise the app for daily use.

2. Explicit labels for buttons and links

What is intuitive for more sophisticated users may not be obvious to novice users. The app makes it as easy as possible for users to make decisions quickly

The app considers icon usage case-by-case, depending on the action required. There are no blanket rules.

Users are accustomed to clicking on blue UI elements. Stay with time-honored patterns.

This allows users to navigate quickly and with accuracy.

We found that many users had changed their phone font size from ‘default’ to ‘large’ or ‘largest’. It is important to design the interface in a way that scales satisfactorily for increased font sizes.

8. Avoid two columns when one will do

Two neatly aligned columns do not easily allow for addition of fields, while a single column does.

The team studied the apps that the nurses used on a daily basis and ensured they used interaction patterns that were familiar and intuitive.

10. Use copy that users understand

For example, the team tested ‘Take a tour’ and ‘Get a demo’, both of which were confusing for users. They finally used ‘Watch a video’.

Simple launched in December 2018 and is currently present across more than 500 facilities in India and Bangladesh, with plans to launch in Ethiopia and other countries in 2020. It is now used to manage over 200,000 hypertension patients. The app is available in English, Hindi, Bengali, Marathi, Tamil and Telegu. A healthcare worker can record a visit with BP and medications in less than 20 seconds. Future plans include extending the scope to patients with diabetes.

“This pandemic has exposed the soft underbelly of India’s economic growth story. The larger challenges around how we negotiate growing sustainably and healthily will require technology to be built for India, with innovation taking into account local challenges, norms and social realities. We cannot merely copy business models or design aesthetics from elsewhere and force-fit them into our narrative. For me personally, Simple represents an opening salvo as Indian design steps forward.”

Simple won the ‘Best in Show’ award at IXDA 2020 – a first for a team from India. (You can watch the video that accompanied the entry here). While the Simple team has innovated with testing, design and development models, it is perhaps their philosophy, summed up by Akshay Verma, a designer at Obvious, which is at the heart of this success:

“The one fundamental question that we ask ourselves is: Are we designing just an app that records patient data, or interventions that will shape real world interactions between clinicians and their patients to reinforce positive behaviour?” 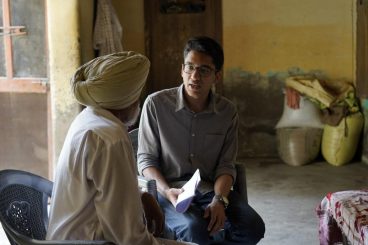 Ethical Research for the Next Billion Users