With more than US$15 billion in its pocket, Reliance Jio is on a tear – announcing JioMart, its ecommerce initiative a few weeks ago and JioMeet, its video-conferencing Zoom competitor yesterday.

JioMeet’s launch stirred up a lot of chatter as the design and product community started sharing screenshots of JioMeet and Zoom side by side, which apart from a few minor details look almost identical.

We did a quick trial of JioMeet.  Unlike Zoom, you can’t join a meeting unless you install the app. As several wags said, the controversy around the design has been a great growth hack for app downloads!

The video and sound quality were excellent.

The Help section is interesting because it has detailed instructions that seem directed at an audience that has not used Zoom before.

The JioMeet strategy is straight out of Reliance’s tried and tested playbook: Launch a free service, corner the market, then increase prices.

This launch could possibly have as significant an impact as the free data plans did – putting access to video meetings in the hands of millions of Indians.

Given the current lockdown situation, JioMeet will also be welcomed by small businesses. Smolcoach is a newly launched startup that allows creators to deliver quick video lessons on topics from yoga to cooking and art. Smolcoach has integrated with Zoom but will now offer JioMeet as a less-seamless, but cheaper option to its customers. (Unlike Zoom, JioMeet does not offer APIs yet). Says founder and CEO Sowmya Rao, “It is early days but if JioMeet works well, it could be very helpful for millions of teachers and professionals who can use Smolcoach and JioMeet to conduct classes at very low cost. More options for video infrastructure are very welcome. ”

What about the design controversy? As we observed reactions on social media and asked people for their opinion, two factions emerged:

Most of the design community expressed outrage at the blatant, pixel-by-pixel rip-off

Others, especially non-designers were less concerned. We heard opinions that ranged from “How does it matter, only the performance will count in the end,“ to “You can’t expect UIs for two similar products to be very different anyway.” Examples like “Facebook copied Snap stories” were given to show that all is fair in business. Most bewildering was the popular refrain that “Flipkart copied Amazon.”

We think this points to several larger issues: First, the issue of Intellectual Property rights in India, which have always been treated in a cavalier manner. It is also a good time to ask how you define Intellectual Property in the design of a digital product and what constitutes infringement.

Second, there is a painfully limited appreciation of what design entails. The responsibility for JioMeet’s design decisions are certainly not that of its design team alone. The research, the commitment and the rigour of the journey are clearly not understood if citizens of the tech, product and business world still dismiss an interface as just a “bunch of icons.” And when the country’s largest business conglomerate chooses this path so publicly, then it is time for some introspection.

Finally, this is a missed opportunity. More likely than not, JioMeet will succeed. Maybe they will even change their design as they gather more data and this issue will fade away from public memory. But imagine for a moment, that they had launched with a fresh and exciting interface. They would have inspired an entire generation that is raring to ‘Make in India.’ 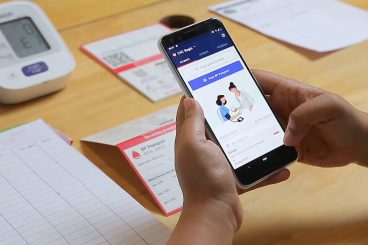 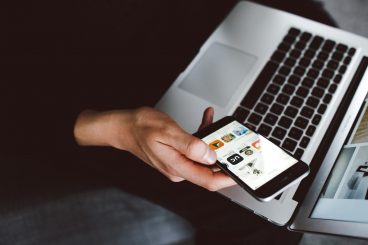