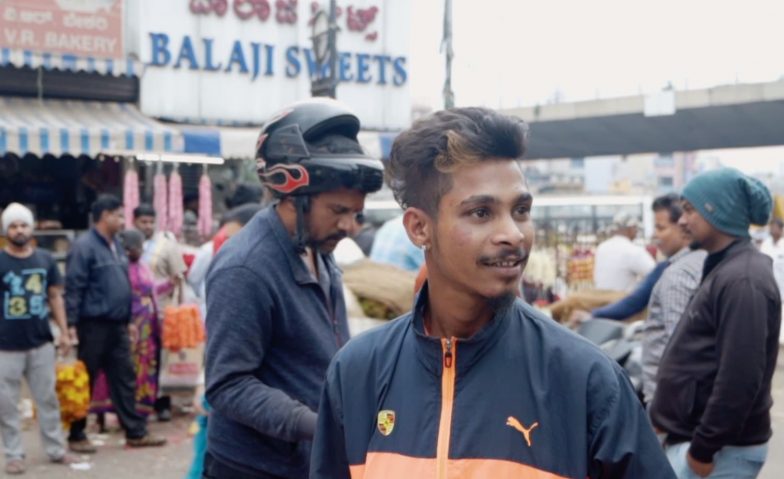 Watch Payal Arora, Digital Anthropologist and Author, The Next Billion Users, explaining what she means when she says that the ‘poor demand fabulousness’

This story was first published in January 2020

22-year old Sonia is the daughter of domestic workers in Amritsar. While her parents are illiterate, Sonia studied up to Class 12 and skipped college to enrol in a beautician course, paid for by her parent’s employer.

When I meet Sonia, the first thing she does, is show me her Redmi Note 5. “Maine ye khud se buy kiya,” (I bought it myself), she tells me with pride. The phone cost Rs. 12000, close to a month’s salary for her.  Wearing a T-shirt that says ‘Chal Paka Mat’, (roughly equivalent to ‘Get out of my face’), she whips her waist-length hair out for a photo, twirling with poise and asking if I want ‘better photos’.

“I work long hours, and I get tired, so I relax with TikTok in the evenings,” she says. “I like to make music videos (where she lip syncs to popular Bollywood songs) and chat with my friends on WhatsApp.”

Sonia still lives where she grew up: in cramped quarters attached to her parents’ employer’s house in Amritsar, along with her younger brother Ashwin. Ashwin, 20, plies a soya-chaap redi (cart) in the evenings.  As we speak, he zooms by on a borrowed bike. “Where are you going?” I ask. “Who knows?” he says in Hindi.  “Jalandhar. Or maybe Chandigarh, if I feel like it.”

People like Sonia and Ashwin make up ‘the next billion’ –  first-time users thronging to the Internet, on the back of accessible mobile data. Often young and non-English speaking, they are now being seen as a massive opportunity to drive consumption (and profits) in emerging economies and around the globe.

The IMF expects emerging markets to contribute 66% to global consumption growth over the 2016-2021 period, compared to 34% for developed markets.

Yet, this pool of emerging users, is badly understood and reduced to ill-informed and condescending tropes. They are seen as a homogenous mass of non-sexual, virtuous beings whose sole motivations are the bare necessities: roti, kapda and makan.

“It is a centuries-old hypocrisy that leisure is the prerogative of the elites while labor is the fate of the masses,” writes digital anthropologist Payal Arora in her book, The Next Billion Users. At her talk at DesignUp, a conference in Bengaluru, she challenged the audience to throw away stereotypes and and outlined a 5F approach to designing for the Next Billion: Fun, Flexibility, Fusion, Friction and Fabulousness.

Born to be Fabulous

– Extraordinary, especially extraordinarily large
– Having no basis in reality

A look around any Indian city, big or small, seems to support Arora’s thesis about ‘the poor wanting fabulousness’. Indeed, the evidence is all around us, starting with the disproportionate influence Bollywood wields in our lives.  The most embellished fashion and the shiniest accessories are to be found in roadside bazaars.  Arora points to the fact that metallic gold phones, produced in Shenzen, were all the rage in China a decade before Apple launched its gold iPhone.

Designing Fabulousness for the Next Billion

A 2017 document  by a team from Google and Youtube, outlines a framework for emerging markets and recommends that designers add visual richness and minimise hierarchy, to remain accessible to the next billion.

“Emerging-market contexts are often vibrant, busy and densely populated. Today’s Western aesthetics, such as minimal use of color, sound and text, and stylised visual elements often fade out in these environments.”

This could be one of the reasons Facebook Zero, the text-only mobile version of Facebook for emerging markets, struggled to gain traction with target audiences. It would be an oversimplification, however, to assume that fabulousness is limited to surface visuals. We find that delivering fabulousness requires these four attributes.

People in emerging markets live in particularly trying contexts – but they hate to be reminded of it – even going to great lengths and sometimes forgoing essential needs, to purchase mobile phones or reload their data with credit.  They do this because their online worlds allow for vast possibilities, unfettered by constraints. Apps like UC Browser or TikTok translate this into the ‘live-ops’ of a bubbling feed, countless hashtags and numerous filters, tools and editing options.

Fabulousness demands easy-to-grasp interfaces, where the user feels confident and in control.

“The reality is that first time smartphone users are introduced to the Internet through platforms like Facebook and TikTok, which rely on different patterns to those found on traditional media platforms. These new patterns such as WhatsApp/Instagram stories, might not feel intuitive at first, but have quickly become the new status quo. Designers need to adopt these patterns to create software that might not look simple at first, but is actually very intuitive for people who start their online journey through apps that come preinstalled when they purchase their first smartphone.“

Saxena refers to a project he was involved in, to drive adoption of Wikipedia amongst non-English speakers. “As an experiment, we converted Wikipedia’s ‘facts’ section into rich media content using patterns that have been successful in the new user space. Suppose Amitabh Bachchan has won awards for ten of his films. Rather than listing them down, we actually created a story of Amitabh Bachchan getting those awards. The response in our qualitative studies was great.  We saw a lot more engagement as compared to when it was presented in Wikipedia’s original fact-like format.”

Users expect to be hooked on a continuous stream of  dopamine hits from new followers, likes and comments. What makes it more exciting is that this engagement comes from a community that is much wider and more aspirational than their real-world one.  From tiaras, stars and animated flairs that reward activity on apps like Snapchat and Likee to the successful gamification on  Google Pay’s Rangoli, apps have amplified gratification by adding collectibles and swag.

The idea of ‘self-expression’ has been touted as the driver of success for mass social networking apps. More than just self-expression, we believe that fabulousness requires the ability to switch identities and create a desired persona that is typically unreachable in the real world.

While Sonia is a beautician by day, she’s a TikTok star by evening. Her fans are now growing beyond Amritsar.  On Instagram, she’s more careful. “Boys can be annoying, so I created a profile with a fake name,” she says. Her Instagram account shows pictures of her first real holiday – a trip to Simla with friends.

Singing star on Tik Tok, traveller on Instagram – who knows what other identity awaits around the corner for Sonia. Regardless of what happens in her real world, one thing is certain. It won’t come in the way of her being fabulous.