Lollypop Design has just moved offices and we nearly miss the unmarked building in Bengaluru’s busy HSR layout. Inside the studio, however, which is spread over four floors,  there is a palpable energy that thrums across the young team huddled over their Macs.

Like all good studio origin stories, Lollypop has humble beginnings – founder Anil Reddy returned to India after a long stint in New Zealand to start freelancing out of his garage. Lollypop Design officially came into existence six years ago, when the business had to be formally registered. The name was an impulse – inspired by the endearing way his son pronounced the name of the candy in question. Today, they are a sought-after studio with a list of clients and projects ranging from the Paytm Money app and sports site Cricket.com, to Red Dot award-winning work for FarmRise, an app for farmers in emerging economies.

Growing in Response to Opportunity

In a freewheeling conversation with us, Reddy is pragmatic and direct. He is also candid about his journey and the fact that the studio has grown by responding to opportunities that have presented themselves.

Lollypop’s first ‘real’ client was Varun Agarwal of ‘How I Braved Anu Aunty and Co Founded A Billion Dollar Company’ fame. Varun found Lollypop via Google and paid them a lakh of rupees to develop his college merchandise portal. The site was an inflection point that brought in a flood of inbound enquiries because “Varun was that rare client who shares credit”. He has remained a friend and mentor ever since.

Another evolutionary step for Lollypop has been to focus on creating long-term design partnerships, as opposed to project-based work. EkStep, a not-for-profit educational platform founded by Rohini and Nandan Nilekani, is one such client.

This ability to take risks, adapt and respond with agility is clearly something that has played a significant role in the firm’s success. In 2016, ClimateCorp approached Lollypop to develop FarmRise, a mobile app that provides valuable information to farmers. Reddy says his response was to point out that there were no farmers on either his or the client’s team.   Lollypop put together a team of researchers and designers who immersed themselves in the rural farming context over a period of 3 months with more than 150 farmers across 10 different locations in the country. That was the genesis of Lollypop’s Research Lab, which has quickly grown into an independent offering.

The ‘UI/UX’ label frustrates Reddy but he says it is the quickest way to help target audiences understand what they do.

New designers at Lollypop are handed a sketchbook before a computer on their first day and told to start drawing. Reddy claims this is what sets Lollypop apart – the ability to craft every detail with nuance and finesse, treating an interface as if it were a piece of art.

Mentors have played an important part in Lollypop’s journey and Reddy says he can’t thank eminent surgeon Dr Devi Shetty enough for his counsel and support. (Dr. Shetty was also an early investor in Lollypop). Hitting the 5 year mark led to some soul searching and the ‘what next’ question reared its head. “It is important to make your move when you have a strong story,” is Reddy’s advice for firms thinking about the next stage of their journey.  Convinced that the Lollypop story was strong enough, he set about charting a strategy.

Lollypop considered three options: raising funds for expansion, divesting to a communications conglomerate or divesting to a global technology firm. Reddy says the last option won because he wanted new frontiers for Lollypop and setting up a global footprint with Terralogic appealed to him. Offers from communication companies, on the other hand, were clearly about only serving Indian clients. He says he also found that Terralogic had a much stronger understanding of the domain that Lollypop operated in, versus more traditional companies.

Reddy concedes that there is a difference between the culture in a tech firm and a design studio but says they will both learn to adjust over time. Meanwhile Lollypop is hiring across the board and gearing up for growth as they open offices in Dubai, Dallas and San Jose. Far from a traditional outsourcing play, Lollypop’s ambition is to create a seamless funnel between its global offices and India, moving people and projects to wherever it makes the most sense. 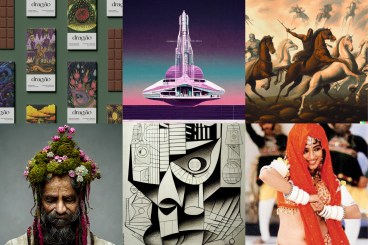 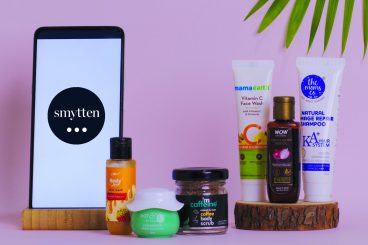 The Chaayos Cup of Desi Success