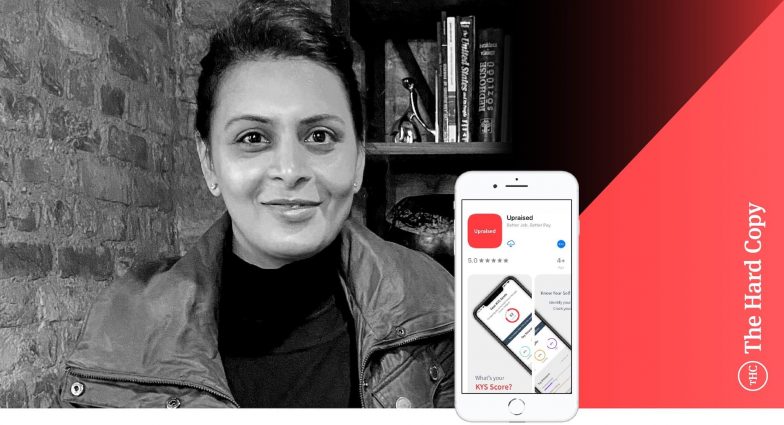 Mona Gandhi is known best for being the first female engineer at Airbnb, and understandably has a store of fun anecdotes about her time there. Whether it’s speaking of her non-IIT, non-Ivy league education, or her despair at wasted marketing dollars, Gandhi’s straight-shooting approach is a welcome contrast to the bombastic attitudes often displayed by ex-employees of big Valley names.

You’ve had all sorts of interesting experiences with product companies in Silicon Valley very early in your career.

My first job in 2007 was with a company called Six Apart, who created the Movable Type blogging platform. Six Apart was acquired by VideoEgg and then I moved on to a company called socialmedia.com. (Yes, that was actually their name.)  We were running ads on Facebook, MySpace and Twitter before there were ads anywhere else. We did US$ 100 million in revenue in less than 18 months. And then Facebook realised that they were sitting on a goldmine and pulled the plug. Our revenue crashed in the next six months. I’ve seen that whole cycle and the consequences of a third party controlling your revenue.

Right after that, I moved to another startup called Apture, which was a contextual search engine. Apture was acquired by Google.   There was a common investor between Apture and Airbnb and he introduced me to the Airbnb team. Interestingly, one of the founders, Nathan Blecharczyk, had earlier applied for my job at sociamedia.com.  It can be a small world!

You say that the six years you spent at Airbnb have shaped your approach. How so?

We were a team of eight engineers when I joined Airbnb in 2011. Airbnb made me realise what it means to have a truly design and product-centric culture.

Culture is not about benefits or perks. It is about how you live and demonstrate your core values everyday.  For example, one of the core values at Airbnb was to be ‘Be a Host’. That wasn’t just for our hosts. Each one of us had to ‘Be a Host’ to our colleagues and business partners.

Airbnb is a company that spends an inordinate amount of time crafting their values and then figuring out how to take those values into everyday behaviour.  That is how they are able to create a culture that attracts the smartest people.

What is your advice for hiring the right people?

The first step is to let go of insecurity.  If you feel that hiring someone smarter than you threatens your job, you will never build a great team.

At Airbnb you demonstrated how smart you were, by hiring someone smarter than yourself. There was also a system where you could only make a hire, if someone was willing to put their hand up and be the new hire’s champion.

In India, we are conditioned to be competitive – right from comparing marks at school to being careful about sharing information.  This comes in the way of both effective hiring and collaborations.

Upraised is an upskilling platform and we launched in mid 2019. The mega-vision to help people realise their true potential.

In India alone, 1.7 million engineers graduate every year. If you look at them after 5 years, 70% don’t want to be in their engineering roles, but there is no clear path for them. It is also one of reasons I believe, for low women participation.  If you are not passionate about your job, chances are you will not go back once you’ve taken a break to have a family.

When hiring my own team, I was mindful that they needed to understand our fundamental proposition. We are ten people, all of whom have made a transition in their careers at some point. We are gender, culture and geo-diverse. Our ambition is to be a global company and that means we need a global team on Day One. We are very big on intellectual honesty. We are not 9 to 5. We work in sprints.

How does Upraised work?

It’s an Android app (currently available in India and Singapore) and once you’ve downloaded it, there are three parts to our process.

Is there an offline component to the training?

My fundamental belief is that it is not so much about online and offline – it is about high-touch and low-touch.  You need a combination of both and medium to high touch can be effectively delivered online.

Our hypothesis is that all learning must come from doing. We don’t have any theory. We give you a framework to think and then we ask you to apply it to solve a real product problem. All this is done through an online medium, but it is not low-touch because we give personalised feedback for every exercise.

How do you see a model like that scaling?

We believe that the first few hundred users will be hard work, but from there to a million will be incremental effort. We are seeing patterns emerge from the tests that allow feedback to be delivered to each user quickly and without starting from scratch each time.

People are too used to thinking in a binary fashion. They believe that scale demands that online must be low touch and automated, so they start doing that right away. You need to spend the time initially to understand your users. Otherwise you could be scaling in a completely wrong direction.

Give us an example of someone who has done learning well

I would say The Khan Academy.. They have a strong feedback loop from users and that’s why their content is so high-quality.

You are an advocate for product driving growth, instead of spending money on paid marketing

Absolutely. The first thing I would advise product managers to do is to create constraints for themselves. Set up an experiment where you have no marketing budget for three months and you have to drive growth through product alone.  We did this very successfully at LBB, whom I advise. Try it and see how much you will learn.

Have questions? Mail them to us at community@thehardcopy.co