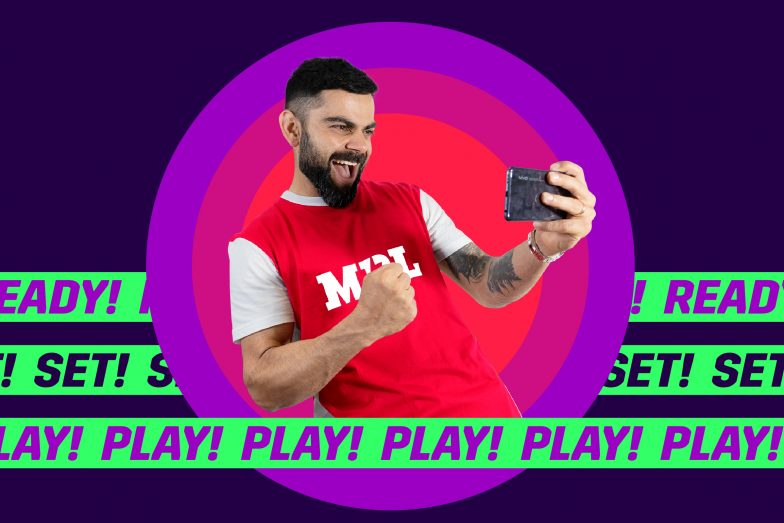 Founded in 2018 by Sai Srinivas and Shubham Malhotra, e-sports and skill gaming platform Mobile Premier League (MPL), was valued at $2.3 billion at the time of its last fund raise in September 2021. In a very short time, MPL has seen exponential growth and now has 100 million users who access the platform to play over 70 games. These include a mix of fantasy sports, casual games and e-sports competitions. Apart from India, the company has operations in Indonesia, the USA and Europe

MPL recently worked with Gurgaon-based studio, Codesign, to re-examine their brand and we got you all the details.

The Need for the Rebrand

Senior Vice President, Brand Design, Vivek Sadamate, is also part of the founding team at MPL. He points to the three reasons that spurred the rebranding exercise.

The Brand Positioning: Championing the Underdog

After qualitative user research with Busybee Brand Consultants, which helped them understand their audience better, MPL arrived at their core brand proposition: “MPL is a platform that makes the underdog a champion.”

“New-age internet users get their chance to be in the limelight on online platforms,’” says co-founder and CEO, Sai Srinivas. “Regardless of their backgrounds, this is where they get recognition and we want to be the platform that gives them that sense of pride.’”

“E-sports is the future of sports,” adds co-founder Shubham Malhotra, “and MPL is the arena where those e-sports will be played.”

The design brief for the brand identity had two parts:

From the positioning, Codesign distilled a phrase that served as the internal guiding spirit for the brand personality. Josh Junoon Jeet (Fervour, Passion, Victory)  summed up the energy of the brand and allowed teams to imagine the brand’s moods and personality in a more tangible way.

Centre-stage is a multicoloured visual device, inspired by the idea of the MPL platform as an ‘epicentre,’ where the action begins and unfolds into an outward burst of energy.

Instead of being restricted to one shape, the Epicentre has four basic variations: a rectangle that follows the shape of a mobile phone, a circle, a square and a diamond. Additional guidelines have been provided for construction of any new shapes using the Epicentre principles for the future.

The house style for MPL is Trim, with an option to use the open-source Roboto as a substitute. Noto Sans is to be used for all Indic languages.

While a set of standard icons has been developed for the brand, the same icon adapts to different use cases, depending on the desired visibility.

Along with a master brand track and a sonic logo, MPL’s auditory assets also include a sonic toolbox that can be used to mix tracks and create new compositions and variations.

The motion identity for MPL comprises a set of animations that complement the rhythm of the master brand track. These include logo animations, moving type and extended behaviours for the epicentre and ticker in motion.

Codesign’s Ray believes that brand teams must  think in terms of behaviour rather than templates. “Instead of trying to fit content into a template, which is an overhang from legacy brand identity design,” she says, “we want teams to focus on the emotion they are trying to evoke.”

Assets have been provided with behaviours that support different kinds of urgency, boldness and energy, so teams pick and work with what suits a specific context. Instead of a traditional set of templates for print advertising or digital marketing which are locked in and do not respond to content, samples were created to help understand the applications for different scenarios.

“The way teams finally deploy design varies greatly from organisation to organisation. This can include volume of creatives, skill-sets of internal/external teams, decision-making protocols, market requirements, content strategies, etc. It is critical to understand this so that a design solution shines in real world usage and not just in the highly controlled environment of a branding project.”

“Start by testing any new identity components on marketing interfaces, and not on product. Product changes are hard and expensive to reverse, so fine-tune your new system on marketing content. Remember that brand-building takes time, so be patient. If you do things right, you will see the results.”