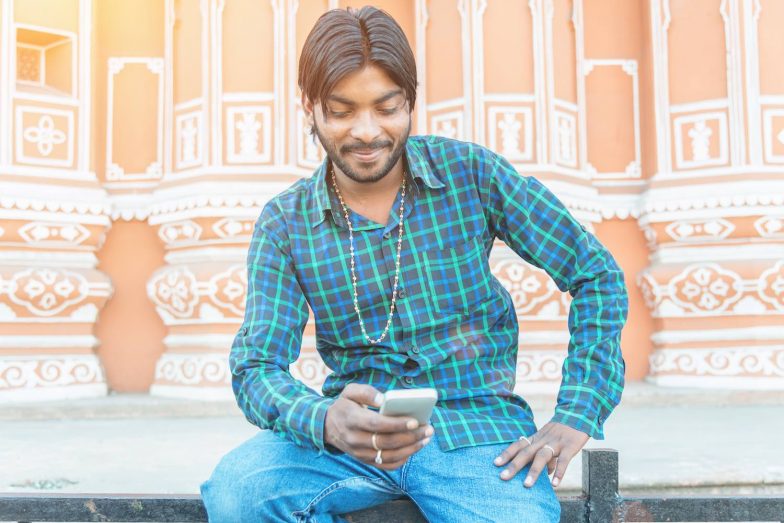 I have spent the last few months in Bikaner, a Tier 2 city in Rajasthan. My extended stay offered a unique opportunity to observe how users interacted with apps on their mobile phones – I could watch them from a distance, even as I was embedded in their context.

My small sample size comprised about two dozen users and my interaction with them consisted of informal chats, not a programmed study. However I did experience the ‘saturation of knowledge’ described by sociologist Daniel Bertaux. According to Bertaux, “the researcher is surprised or learns a great deal from the first few interviews. By (say) the fifteenth interview, the researcher recognises patterns in the interviewees’ experiences. More interviews only confirm what the researcher has already sensed.”

To validate my findings, I also shared them on this tweet thread and a number of people confirmed that they had witnessed similar patterns. I hope my observations will prove useful for people who are building for the next billion users and help them to create more representative user personas.

The Importance of Placement

The users I met constantly share content from YouTube, WhatsApp and earlier, TikTok. However, as I watched them share content, I realised they were not using the share icon at all – in fact they couldn’t even identify it. When I asked them how they could share so many videos without knowing what the share icon was, this was their reply: “We know where to tap on the screen. Then the WhatsApp icon pops up and we are in familiar territory.”

The dominance of joint families in small towns has a significant impact on user behaviour. Young people may pay from their own pockets for a movie or a snack at a tea stall, but they will invariably opt for the ‘Cash on Delivery’ (COD) option on e-commerce purchases. Most doting mothers will mask these purchases under the larger household budget and not report them to the father. As a product designer, my take away from this observation was that if you are running a promotion targeted at young people in Tier 2 cities, ensure that you have a COD option.

While it may seem counter-intuitive, living in close proximity to parents is also the reason that young people prefer voice messages to text chats on Whatsapp. Parents are wont to spy on their children’s phones and will mistake the voice chats for songs. (We don’t know how long it will be before they catch on and start keeping tabs on voice messages!)

I compared the page load speed of popular apps like Paytm, Google and Facebook on my phone vs the other users’ phones. For a device with similar processing power under the same network conditions, the page loaded twice as fast on my phone. Most devices are infected with malware, which people have installed unknowingly. This blocks CPU cycles and bandwidth while syncing. Let’s also not forget the storage-guzzling good morning messages from WhatsApp. The result? Your carefully designed, legit lightweight app becomes very slow.

One Time Passwords (OTP) are often delayed and can take up to two minutes or more to be delivered. Users have figured out that if you reboot the device, the OTP gets delivered faster. This hack is fine if you are making a payment on a desktop, but if you reboot a mobile device in the middle of a session, the transaction is lost.

There could be multiple solutions to this, which will need to be tested at scale before adoption. For example, send the OTP as a Class 0 pop-up message or a USSD message. Even simpler would be to increase the interval for the request to resend the OTP or if feasible, not disabling the previous OTP while sending a new one.

Most people associated e-commerce with Flipkart and then Amazon. E-commerce purchases are collaborative – kids help with navigation, usage and discovery, while parents step in for payment authentication and pricing approval.

People discover promotions through their friends or promotion-specific WhatsApp groups. Therefore, when making a purchase, most users will not look for promotions in between transactions.

Payments like electricity or recharge are done by parents using their kids’ accounts and they will check the promotions section before making a payment.

People hate typing: They are happy with the voice to text feature and voice messages on WhatsApp. When it comes to voice searches in e-commerce, however, they say the results are not good. I wonder if anyone has analysed the Click-through-rates (CTR) of search results to compare voice vs type input.

Imported vs Made in India

When it comes to promoting an unbranded, non-consumable product in a low-mid price range, words like ‘Imported’ or ‘Export Quality’ are effective as they are seen as proxies for product quality. For consumable products ‘Made in India’ works best, perhaps because it is seen as a proxy for freshness.

Lingerie & sleepwear are DAU not ARPU

If you are running a horizontal marketplace and you are not happy with your ‘Page views’ divided by ‘Add to cart’ conversion statistics, here’s something you should try: Remove page views contributed by the lingerie and sleepwear category. It is entirely possible that your daily active users on those pages are young males who have no intention of making a purchase.

The Future is QR

QR codes are under-hyped. The users I met were not comfortable typing URLs, but they were fine with scanning QR codes from promotional pamphlets. From shops to tuition services, beauty salons to pharmacies, the preferred advertising route is to distribute pamphlets with QR codes along with the newspaper. People are accustomed to saving numbers by scanning codes. In fact I saw young people adding each other as contacts on WhatsApp, not by sending a contact card, but by scanning a QR code.

It is widely known that you can use Paytm to scan all QR Codes, including Non-UPI / Non-Payment QR codes. People also know that Phone Pe and Google Pay do not offer this facility.

Right now, Paytm QR scan serves as a conduit for a QR code destination. In the near future, it could potentially become the smartest way to divert traffic to other Paytm services. Given how well it has captured other use cases, it is surprising that WhatsApp has let this go.

In my research with over two dozen shop keepers, I found that their most preferred option was cash, followed by e-payments. POS swipe machines were the least preferred. This was especially true for ticket sizes above Rs. 2000. Most people I spoke with tended to use Google Pay, because of high success rates and bank-to bank integration. The one player that seemed to be missing in action was Phone Pe.

Even though my base was small, no one used – or wanted to use– any of the kirana digitisation apps. This is because their workflow is different and consists of ‘Galla-Bahi-Tally’

Galla: The cash maintenance and handover when there is a change of shift between the owners, typically a father and son
Bahi: The record of debt given to customers and payment made to suppliers
Tally: The reported income, usually a fraction of the real figure

Merchants have always kept these three separate and as far as I could tell, it will be difficult to convince them otherwise.

The amount of order processing that is being done on WhatsApp is mind-blowing. What’s more, it is shocking how broken the whole experience is. There is no convenient way to share or browse catalogs, no inventory management or cart preparation.

Yet despite the tedious back and forth, people persist because of Whatsapp’s sheer ubiquity and universally-understood interface. My takeaway is that Whatsapp is a sleeping #dukaantech #kiranatech giant, which will prove life-threatening for other apps, if awakened. 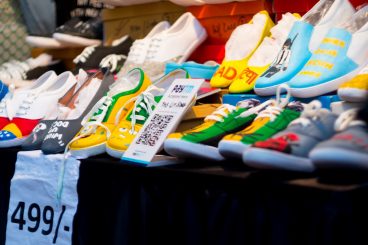