On-point summaries of the best writing on design and innovation from around the globe. To get this summary in your inbox, sign up here

This fascinating radio show is related by Paul Purgas, a British musician of Indian origin. Purgas is intrigued when he hears of a Moog synthesiser that was installed at the National Institute of Design, Ahmedabad in the 1960s. The Moog was an expensive and bulky piece of equipment. India had no history of electronic music, until Charanjit Singh’s Ten Ragas to a Disco Beat released to a lukewarm reception in 1983.

Purgas starts digging deeper and travels to the NID campus for his research.  The Moog has long been auctioned off, but in the library he discovers a dusty box of tapes that chronicle a fledgling electronic movement on the campus from 1960-1973. The tapes have titles like Bubbles, Birds and Space Liner 2001!

Of the five composers on the tapes, only one is alive and Purgas tracks down the now 70-year-old Jinraj Joshipura to Puerto Rico and records an interview. Joshipura talks of his time at NID as a 19 year-old, jamming with the other composers all night and creating the first electronic music of Indian origin.

Purgas goes on to investigate further, going back to Gita Sarabhai’s friendship with John Cage as the genesis of this exploration of electronic music at NID. He finds that Sarabhai brought musician David Tudor down to NID to install the Moog and teach students how to use it. In solving the mystery of the Moog, Purgas has unearthed a hitherto unknown context for electronic musicians in India.

The sound track of the radio show is interspersed with the music from the tapes. Student voices can also be heard, “Don’t heckle us. Listen first”.

Don’t Look Away by AKQA

Design studio AKQA has worked with musician Usher to create a song called Chains, “an anthem to advocate for unarmed victims of violence.” The song was launched exclusively on chains.tidal.com. Here’s the interesting thing:

Using facial recognition technology, fans have to hold the gaze of victims of social injustice – like Travyon Martin and Sean Bell – in order to hear “Chains”. If the viewer looks away, the music stops.

The Power of Sound by Zajno

An internal hackathon with the theme ‘Windmills’, at design studio Zajno, led to a project to demonstrate the power of individual voices. The web-based project allows users to ‘power homes’ by speaking into the computer’s mic. The more they speak, the more lights go on in the houses on the screen.

“We imagined a future where entire cities are powered by sustainable energy sources — sound being one of them. Accordingly, visitors to our site are asked to generate electricity with their voices – and having made some noise, they are informed of how many homes they’ve managed to power.”

Designer Adam Fard takes a look at some unfortunate design, copy and tech decisions made by massive international brands and says that the “repercussions could have easily been mitigated if only these products were developed with diversity in mind.”

A machine learning (ML) risk assessment algorithm, Compas, Correctional Offender Management Profiling for Alternative Sanctions, used by the US court was much more prone to mistakenly label black defendants as likely to reoffend – wrongly flagging them at almost twice the rate as white people (45% to 24%).

It seems that the buyer personae for most tech companies are predominantly white – neither FitBit nor Apple Watch are designed to work optimally against dark skin.

Terms like ‘master’ and ‘slave’ are predominant in code. Github only recently announced that it would stop using ‘master’, ‘slave’ and ‘blacklist.

4. The default is white (male)

Most applications will show you a profile pic of a white male silouhette, unless specified otherwise. Remember setting up your Facebook profile? Ecommerce stores like Zalando, will use images of white people as default.

The solution, points out Fard, is not to simply check boxes in our marketing, branding, or interface guidelines, but rather adopt an approach that features continuous inquiry and thorough analysis.

Spotify designer Annina Koskinen realised that one of the biggest problems was that once a goal was defined, teams jumped straight into ideation. They would then get excited about an idea and start discussing how to ship and test the solution. But what if that single solution didn’t work? It would be hard to backtrack and figure out why.

To change this mindset, Koskinen designed a ‘Thoughtful Execution Tree’, which is based on the concept that any goal requires:

To demonstrate examples of opportunity statements, Koskinen consider the goal of  improving the sign-up process.

The data identified three key points in the funnel that could be further optimised, as depicted in Exhibit A.

The team decided to focus on the third opportunity and created another Thoughtful Execution Tree (Exhibit B) with a more specific goal. Once this was done the team could start generating hypotheses for a solution.

The article comes with a downloadable pdf for Thoughtful Execution Framework. You can access it here 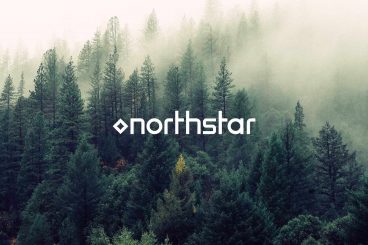 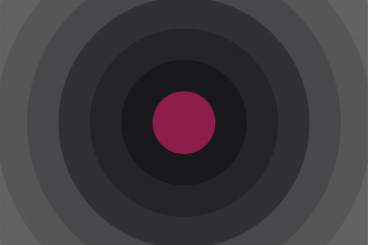