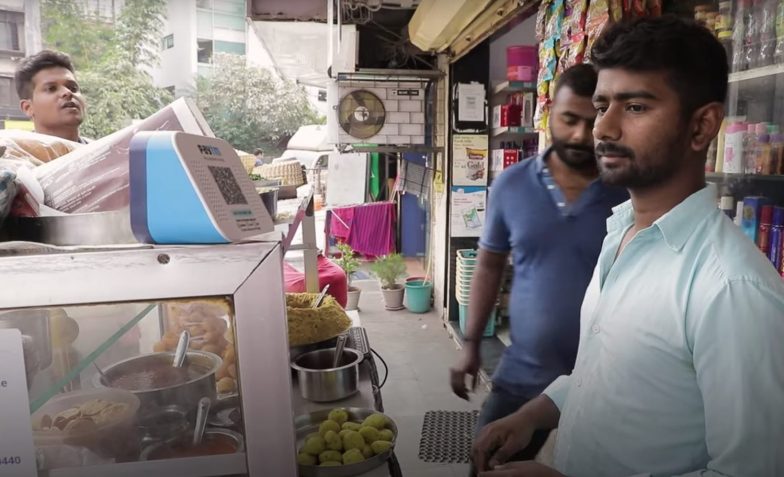 A crowded kirana store is not the most conducive environment for digital payments, even those done via QR code. Kumar Aditya, Senior Vice President, Paytm QR Business, has spent decades in the field, understanding customers on the ground. He points to these recurring issues:

However, with the pandemic accelerating the pace of digitisation, there is no option for store-owners, but to keep pace.

At the end of 2019, Paytm launched a Sound Box to address these issues.

The Sound Box is a portable PoS device that provides a loud, voice confirmation of the payment, whenever a payment is made.

Voice-broadcast cash registers have been in operation in China for some time, and the Sound Box is an adaptation of these devices for Indian conditions. Currently it is available in eight Indian languages and has been rolled out to half a million customers across the country.

Merchants must pay a fee of Rs. 500 upfront and then a subscription of about Rs.100-125 per month for the Sound Box.

The Sound Box got its moment in the sun when Prime Minister Modi mentioned it in his speech – recounting how Preeti, a banana seller in Agra, demonstrated how it helped her accept digital payments.

Use-Cases Beyond the Kirana

Since the Sound Box is battery-operated and portable, it is also starting to find traction with cab and auto drivers, as well as delivery personnel. Especially for cabs, where the fleet owner is not the driver, the Sound Box could be a handy way to confirm payment before starting the ride.

With inter-operability of UPI payments, payment providers have struggled to find a differentiated offering.

Just an audio confirmation may be a limited proposition, as other players start to introduce competing innovations. BharatPe, for instance, announced ‘Paisa Bolega’ in May 2020, a new feature in the BharatPe app that allows shopkeepers to hear instant confirmation of all payments received through their BharatPe QR, without touching the phone.

While Kumar Aditya would not disclose future plans, Paytm in all likelihood, will double down on extending the Sound Box’s capabilities. Going beyond just UPI payments, the Sound Box now accepts debit / credit card payments and net banking. It is possible that the device could be used for a host of other value-added services that would make it even more desirable for the merchant.

It remains to be seen whether the war will be won by a separate QR code merchant terminal that the Sound Box could morph into, or augmentation of existing apps. If it is the former, then Paytm has certainly gained a first-mover advantage.

Music for the audio clip by Tymur Khakimov on Pixabay. Voice by Deepak Gopalakrishnan.