We believe that no one is going back to dull, live Annual General Meetings (AGM), now that virtual ones have displayed so many eye-popping effects.  The 43rd Reliance AGM and its very first virtual one, was held on July 15th. What it lacked in aesthetics, it made up with the many mega announcements.  One of these was the launch of mixed reality headset Jio Glass.

What We Know About Jio Glass

In last year’s AGM, a HoloBoard MR set was announced and Jio Glass is clearly a continuation of that initiative. The slick-looking headset enables video and audio holographic calling. Weighing just 75gm, it has a high-resolution display and connects via a cable to your Jio phone for Internet access.  The audio works without requiring additional accessories and supports all commonly used formats.

Demonstrating its capabilities (and voice enablement) RIL President Kiron Thomas asked ‘Jio’ to call Akash and Isha Ambani.  Akash appeared in a 3D avatar while Isha could be seen in a 2D image.  The siblings chatted and shared presentations on a large virtual screen to show what was possible in the world of Jio Glass.

Jio Glass currently supports 25 applications, with the focus currently on education. There is no information on availability and price.

The mixed reality space is hot! In addition to the many smaller players, Google, Apple, Facebook and Snap, have all made aggressive moves to launch headsets. While Google Glass crashed and burned, the company recently acquired North, a manufacturer of Augmented Reality glasses.  Apple is said to be working on an under-the-radar project to build a headset.   Facebook has made its intentions very public with its acquisition of Oculus and if you want to read about Snap Spectacles, we have a great story right here.

All of these are tech companies at their core and all have existing platforms that give them both economic and tech leverage. The app and services ecosystems for their headsets are tightly integrated into these platforms. Jio cannot claim the same yet.

The success of any mixed reality headset depends less on the physical headset and more on the experiences and services that it opens the door to.  In order to scale, Jio will need to embrace a developer community that will build on top of its platform. This platform will be the tech glue that connects all its different businesses, from telecom to fashion and everything in between.

There was a brief mention of the developer community in the AGM and it is likely that Jio will launch a closed app ecosystem first and slowly open it up to developers.  But before that can happen, a fundamental question needs to be answered.

What will be the shape of the Jio platform?  And how will it attract and nurture the developer community?

At today’s AGM, Jio announced a developer’s program, although the details are still hazy.  Given the masterfully orchestrated way, Jio has made one stunning announcement after another, there will probably be a plan in place for this too. Whichever way this pans out in the long term, there is no doubt that with today’s event, Jio has put the Indian product ecosystem squarely in the spotlight.

With thanks to Sai Krishna, Founder Scapic, for his inputs 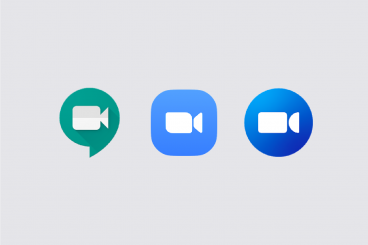