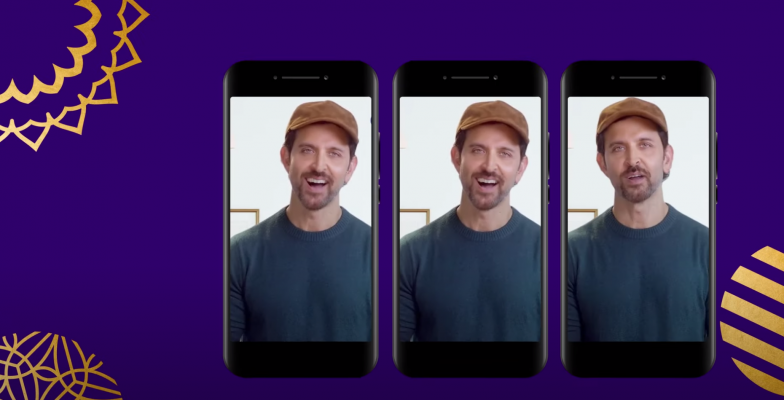 The purple and gold Cadburys chocolate box that Vinita Nangia received from her brother Vinay for Rakhee didn’t seem very different, until she scanned the QR code on the back of the box. The code opened up a site where film-star Hrithik Roshan called out a personalised Rakhee greeting message – with Vinita’s name in it!

The Rakhee campaign was developed with technology from Rephrase.ai, a company that amongst other offerings, is using Artificial Intelligence to generate customised narrator videos with celebrities.

We tried it ourselves and the flow was very simple:

In layman’s terms, the technology is manipulating a digital image of Hrithik, where his mouth movements and voice are customised for each name.

Earlier this year, in a similar campaign, Lays created a Messi Messages website, where fans could hear personalised messages from the iconic footballer by entering their names.

Beyond personalised narrator videos, the implications of this technology for celeb-powered brands could be significant. Instead of just a signature on a pack and a face on a billboard, a celebrity could potentially guide each customer through a personalised user journey. Ashray Malhotra, Co-founder, Rephrase.ai says that there has been great interest from brands in using the platform’s capabilities for marketing.

Hold on to your seat-belts, there’s a whole new world coming! Tell us where you think this will go in the comments below.