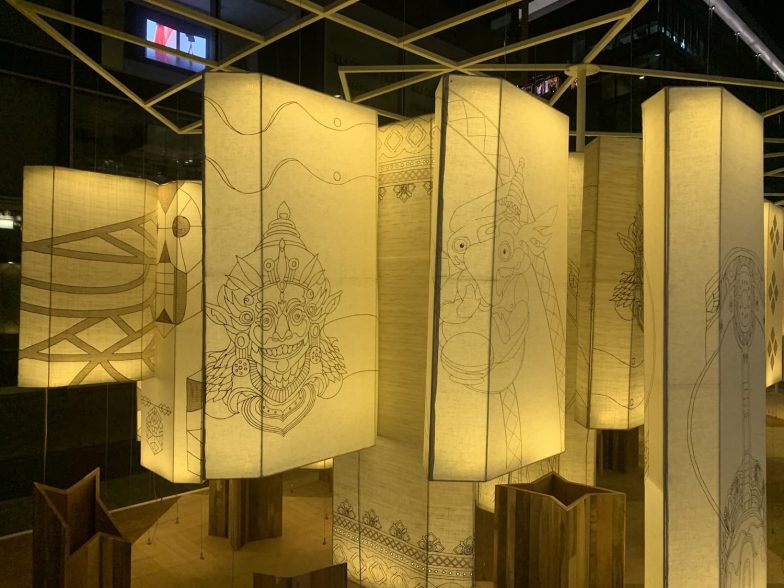 One of the most interesting parts of the recently concluded Dubai Design Week, is ‘Abwab’, a curated project that showcases original design from the Middle East, North Africa and South Asia. This year, the India Pavilion comprised an installation called Qissa Ghar (House of Stories), created by Mumbai and Goa-based, design studio, The Busride.

The concept of Qissa Ghar is based on a series of seven creation myths from tribal traditions around the country. The Busride collaborated with seven well-known artists, Sam Kulavoor, Aniruddh Mehta, Sajid Wajid Sheikh, Upasana Nattoji Roy, Lokesh Karekar, Hanif Kureshi and Avinash Kumar.  Each artist created their interpretation of the myth, which was then translated on khadi fabric, using traditional craft techniques. The khadi was mounted on carved wood and stained glass columns to create a luminous installation.

Ayaz Basrai, cofounder of The Busride, admits that ‘the base idea was to throw as many influences at a serene fabric pavilion as possible, and be equally surprised at the outcome!’

The outcome is a seemingly tranquil pavilion that reveals layers of richer nuances on closer examination. Much like India herself.