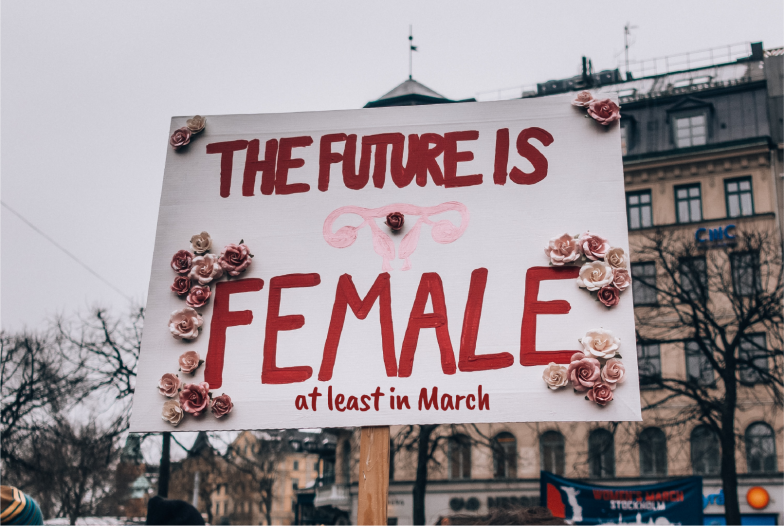 As with every year, the week of March 8th saw a flood of women-based communication for International Women’s Day (IWD).

Thankfully, campaigns seem to have moved past pure tokenism, like changing the gender of their mascot ( KFC replaced Colonel Sanders with his wife Claudia Sanders in 2008) or cosmetic changes to their logo (McDonalds inverted the golden arches in 2018 to form a W).

Of course, there were still some major gaffes like Flipkart combining its IWD message with a promotion for kitchen appliances (the brand later tweeted an apology), or Bain Capital announcing an all-white, male crypto team on the 8th.

We did wonder why most brands chose to stay with tried and tested formats like films. So we put together a list of women’s day initiatives that dared to go beyond the typical and tried to deliver more “deeds, not words.”

1. Kudos to Hindi daily, Dainik Bhaskar, who announced this week that it will no longer accept ads that specify the colour of a woman’s skin.

2. Check out this marvellous initiative from freelance copywriter and social media manager Francesca Lawson and software developer Ali Fensome. They have created a Twitter Bot that responds to Women’s Day tweets from a company with their gender-pay gap. The data is based on figures from the UK gender pay gap database.

So effective has the bot been that some shamefaced organisations like Aston University have chosen to delete their tweets completely (their media hourly pay for women was 28.5% lower than their male counterparts).

3. Using keywords associated with the word “woman,” digital publication Pudding collected and analysed 382,139 headlines between 2005 and 2021 by the top English-language news publications in the US, India, South Africa and UK.

Their findings make for interesting reading. What’s common between these countries? The mention of a woman in a headline tends to be preceded by the word ‘first.‘

4. In 2021, Swiggy launched an initiative to change the search results displayed for desi masala, which showed images of women and not spcies.

The campaign invited users to share pictures of their spice boxes and the foods they make on social media with the caption ‘this is Desi masala, not women’. The idea was to get enough user generated images of ‘Desi masala’ food to change how the Google algorithm displays search results.

We just checked and a search for ‘desi masala’ shows restaurants by that name and newspaper coverage of the Swiggy initiative – so the campaign did turn out to be a success.

5. In 2019, cosmetics brand Benefit, shut down all of 42 of their international websites, and took a beauty break on March 8th, even though it meant losing revenue. We think this is such a bold initiative, it must be shared.

6. In 2019, Budweiser published their old print ads that displayed a gender bias alongside with new ones with updated headlines. It takes a brave brand to do this instead of brushing dubious history under the carpet.

Did we miss any truly different Women’s Day initiatives? Tell us in the comments.