In their book, Poor Economics, Esther Duflo and Abhijeet Banerjee categorised preventive healthcare as a ‘low hanging fruit’. Immunisation is a prime example of this. Affordable and simple solutions are not seen as effective, and hence not adopted. This intrigued us. Why are they not adopted? What does it mean to create affordable healthcare solutions for people then? Can culture play a role in communication and behavioural change around healthcare? What could be the result of giving agency and accountability to people for their wellbeing ?

These are some of the questions we were seeking to answer with this project.

The Challenges to Immunisation

The Universal Immunisation Program (UIP) in India is one of the largest of its kind in the world, covering nearly 27 million infants and 30 million pregnant women annually, free of cost. This robust service only fails to address one category of people in the urban areas –  the migratory population, and within that an even more displaced ‘floating’ population. These are people who live close to construction sites, in impermanent homes. Always on the move, this group does not fall into the ambit of area-wise health facilities provided by the Government.

Speaking to mothers amongst this population, we stumbled upon homes which were not even considered houses by many. Here are a few snippets from our conversations, translated into English.

Qs: Do you get your child immunised?

Ans: When the ASHA (Accredited Social Health Activist, Front Line Health Worker) worker comes to call us for immunisation, then we go otherwise we don’t.

Qs. Do you know why should you get your child immunised?

Ans: We know the importance of immunisation but even without it the child looks healthy, see!

Through our research, we gathered that preventive healthcare like vaccination was often a difficult concept to understand for parents -– the complex diseases and medicines, all seemed unrelated to vaccination.

The responsibility and knowledge of vaccination was reduced to interaction with the ASHA worker and a ‘Mother and Child protection Card’ (Thaayi card), the content of which was not clear to the parent.

The importance of vaccination was never narrated to these parents in the signs and symbols they understood and valued. Hence caregivers often failed to immunise their children, either due to lack of motivation, difficult circumstances, or the failure of frontline health workers to reach them.

Frontline health workers, in turn, complained that chasing after people was tiresome. They blamed their lack of understanding on illiteracy, nature of jobs, poor family planning and constant movement.

On the field, we observed parents covering children with kohl marks, amulets and ‘Nazar’ (Evil Eye) protection bracelets. Upon questioning, we learnt that they believed in ‘Nazar’, an invisible, evil, supernatural force which has the potential to harm their healthy child.

We used the narrative around ‘Nazar’ to introduce the concept of vaccinations as a form of preventive care. Vaccinations would protect their child from invisible diseases, which cannot be seen right now, but have the potential to harm them in the future. With this conversation starter, it became easier to introduce actions associated with protecting the health of their child.

A commonly used device to ward off ‘Nazar’, is a bracelet made of black beads, which is put on infants. We mimicked this to develop a bracelet, which served as a tracker for parents. It helped them understand how many vaccination visits were over and how many were left – a simple but effective way to empower parents and help them take action.

The bracelet can be given by Government health workers to the parents at birth. The bracelet has empty slots which can be filled with a bead given by the nurse, after a successful vaccination visit. To collect all the beads on the bracelet would mean that the parents had saved the child from the ‘Evil Eye’ of diseases.

We called this initiative Shishu, Sui aur Dhaaga , which translates from Hindi into ‘Child, Needle and Thread’. This simple and inexpensive artefact (the cost will not be more than Rs. 10), with its constant presence on a child’s hand, would serve as a visual reminder for parents, regardless of living conditions or literacy rates.

The novelty of the solution lies in it ultimately empowering the user or the parents to immunise their children.

Although many existing solutions have worked to generate awareness and acceptance around vaccination amongst parents borrowing from the culture they belong to, only a few have actually helped them to take an action and hence have not trickled down to bring about a behavioural change.

In India’s context, where vaccination services are present almost everywhere, acceptance coupled with action while specifically targeting parents is beneficial in reducing the load from Frontline Health Worker’s head and decreasing dropout rates. Ultimately bringing about a community of people who remember about vaccination, question and inform each other about it, owing to the uniform common bracelet given to all, is our aim. Our claims here are supported by user research and user testing done in Bengaluru, Karnataka, with various Primary Healthcare Centres, immunisation officers, surveillance officers, ASHA workers, nurses, auxillary nurse-midwives and many parents.

We believe that it is imperative for the agency of healthcare to emanate from the individual. Through this project, our aim was to achieve this autonomy and begin the conversation with those that are often left out of the formal system, but would most benefit from it. By using a language that they identify, understand and is personal to them, we strive to achieve familiarity and comfort in inspiring agency and conversation.

Sishu, Sui or Dhaga won the Stanford Longevity Design Challenge 2020 – “Reducing the Inequity Gap – Designing for Affordability” . This solution was also listed in the top 20 ideas for an OpenIdeo Immunisation challenge by Bill and Melinda Gates Foundation. 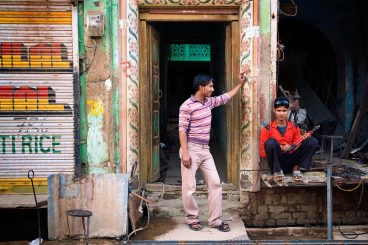