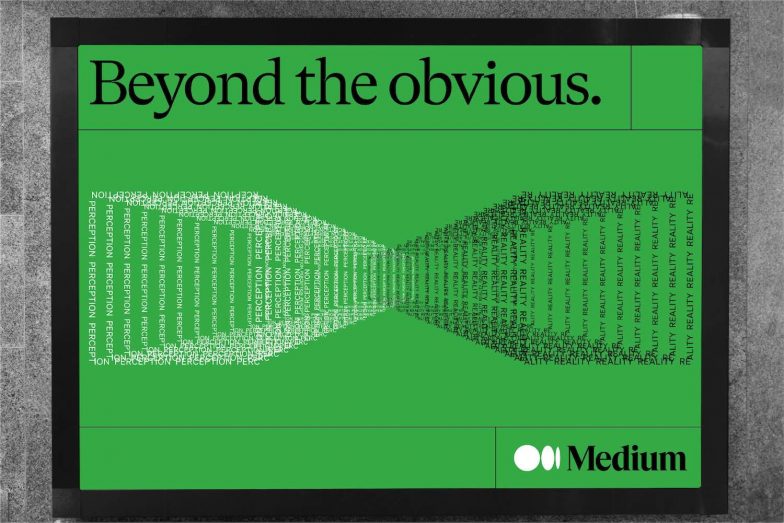 Accepted wisdom says that companies should rebrand only when necessary, because brand identities, unlike advertising campaigns, serve as enduring markers of brand recognition.

“In the competitive world of look-alike products, a distinctive company logotype is one, if not the principal means of distinguishing one product from that of another.”

Paul Rand, who designed the current IBM logo in 1972

Other than reasons enforced by business events like mergers and acquisitions (as in the case of the Vi telecom identity recently), rebranding typically occur when either:

Which one was it in the case of Medium?

Evan Williams, co-founder of Twitter and founder of pioneering blogging site Blogger, founded Medium.com in 2012. From its founding to 2017, when the site finally settled on its current ‘metered subscription’ model, Medium has seen a series of business model pivots. And every pivot seem to be accompanied by a change in brand identity.

Medium launched initially as an invite-only site for a handful of high-quality publishers who were paid for the content they produced. No one knew quite what the revenue model was, perhaps not even the Medium team. In 2014, in its first monetisation attempt, Medium ran a series of paid posts for BMW in a collection called Re:Form. High quality content and monetisation via sponsored content are completely at odds with each other and sure enough, Williams shut down Re:Form in 2015.

“We also learned that high-quality posts do not automatically garner attention and audience commensurate with the effort of producing them. As a result, our payment model failed to support some really terrific contributors.”

Through this period, Medium sported as its logo, a bold, black-and-white slab-serif ‘M’ based on the font Stag.

In 2015, Medium decided to turn the focus back on creators and said they would share ad revenue with them – based on the somewhat baffling concept of ‘claps.’

This new focus prompted a rebranding, with the old logo changing to a friendlier interpretation of ‘M’ developed by type designer Rod Cavazos of the foundry PSY/OPS.

“This simple geometric interpretation of the M felt fun — like a delightful game or a deeply satisfying puzzle.”

“In building out our model, we realized we didn’t yet have the right solution to the big question of driving payment for quality content. The vast majority of articles, videos, and other content we all consume on a daily basis is paid for — directly or indirectly — by corporations who are funding it in order to advance their goals. And it is measured, amplified, and rewarded based on its ability to do that. Period. As a result, we get…well, what we get. And it’s getting worse.”

In what feels like consistent behaviour, Medium launched a new logo, replacing the ‘friendly’ M with a new black and white symbol, created by San Francisco-based design and branding studio Manual, that was reminiscent of its original logo. This also seemed like an attempt to create a visual link to the black letter mastheads of publications like The New York Times. Interestingly this avatar was praised by the community who said that ‘Medium seems to have gotten over its teenage days.’

Williams finally settled for a freemium model, with users allowed to read a certain number of free articles, before a $5 monthly subscription kicked in. This model was launched in March 2017 and Medium has stuck to it since then.

Since Medium’s business model has seemed stable for the last three years (although financial data is not available publicly), yet another new logo announcement is a surprise. The official explanatory post from Medium is just corporate-speak and offers little in the way of explanation.

“While our mission remains the same, our publishing tools, reading platform, and content offering are ever-advancing to better serve this mission. As the world changes around us, we aim to create a more intentional and relational network of

For the first time the new identity, created by renowned New York and San Francisco creative hotshop Collins, has done away with the ‘M’ all together and now sports a logo that is created by three elliptical shapes of varying widths.

Of course, the social media guns came out blazing against the new logo, but that is now almost to be expected. Respected tech journalist Casey Newton, however, may have hit the nail on the head.

More disconcerting perhaps, is the fact that a Twitter user pointed out the similarity between the new Medium logo and the logo for Beehome, an initiative by Ikea-supported research and design lab, Space10.

It is now a given that any rebrand will gleefully be trashed on social media, with opinions on either side. The similarity with the Beehome logo is unfortunate, but again, it is almost impossible to anticipate this, when working with simple, graphic shapes. The new Medium identity is undoubtedly a sophisticated solution. Few people spoke about the new, distinctive design language which is based on words and letters.

The only thing we don’t understand is why the rebrand was necessary in the first place – unless there is another business pivot in the offing. MediumStack anyone? 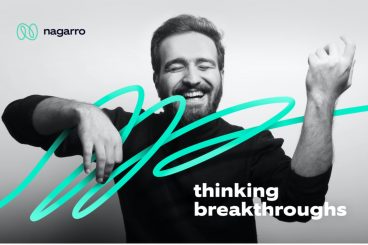