In a market that has already seen the entry of several digital-only insurance firms, the pandemic has pushed companies to rapidly upgrade their digital offerings. Tata AIG, a joint venture for insurance between the Tata Group and AIG, commissioned Mumbai-headquartered consultancy, The Minimalist, to overhaul their digital presence and create an improved user experience.

The Minimalist started with a discovery process that involved analysing existing traffic, conversion and call centre data. The team also carried out research with customers and the Tata AIG team. One aspect of project management that greatly helped the outcome, says The Minimalist, was that the project team mirrored the business structure at Tata AIG. This is contrary to the typical practice of a common client-servicing team. It meant that each line of business, like life insurance, motor insurance, etc. had their ‘own voice’ inside the design team and their needs were examined and considered in depth.

Research revealed that there were three broad tracks that the design solution needed to factor in:

While competitive sites were analysed, The Minimalist team looked beyond the insurance industry for ease and convenience benchmarks. For features like delivery, food delivery apps like Swiggy and Zomato were considered. For insurance-specific features, global examples like Lemonade and nascent Indian ventures like Acko and Digit were studied.

The Minimalist team analysed 3 months of call centre data to understand drop-off patterns. Their analysis showed that it was taking too long for users to reach a quote for the insurance premium across offerings. There was also no clear communication about how many steps were left to complete the process of getting a quote

Reducing the details required from the user

The common finding was that users needed to fill in copious amounts of detail to generate a quote. Instead of a one-size-fits-all approach, this was addressed through individually tailored interventions for each business.

In the case of motor insurance, for example, the new website integrated with ‘Vahan’, the public database provided by the Ministry of Road Transport and Highways. The user only needed to fill in their name and registration number and the remaining details would be auto-filled. This cut down on five steps of data entry and reduced customer effort by nearly 90%.

For other businesses like travel insurance, information that impacted the premium like destination and duration were collected upfront, while other additional information was only collected after the quote was generated.

At every step, user communication was made clearer. For example, a progress bar was added to make it clear how many steps were left to generate a quote for the premium. There was also a shift in the UX micro copy, from placing a demand on the user “I want this insurance’ to a more service-led tone: “Let’s get you the best quote” A chatbot called ‘Tara’ was added to provide quick assistance with queries.

The analysis of purchase and behaviour data revealed two things:

In an interesting decision, The Minimalist decided to adopt a neumorphic design approach to the interface. For the uninitiated, neumorphism is a recent trend, based on skeumorphism, a design style that mimics real world objects. Unlike its predecessor, neumorphism makes use of very mild and subtle effects and does not try to over represent objects in nature, but creates a new, softer render. The overall impact is one where components appear to be embedded in the background, instead of floating over it.

The overall colour approach, including the custom illustrations, maintains a minimal colour palette without the use of too many accent colours. The primary blue colour of the Tata AIG brand is used in small volumes, to contrast with a soft grey background.

Although exact data is not yet available publicly, the teams say that average time taken to generate a quote for a premium has reduced significantly across different lines of business, increasing conversion and sales. 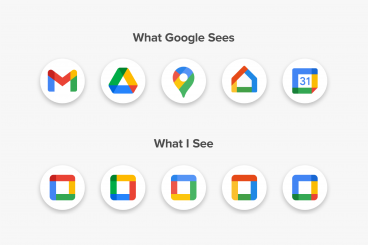 Is the Criticism of Google Icons Justified? 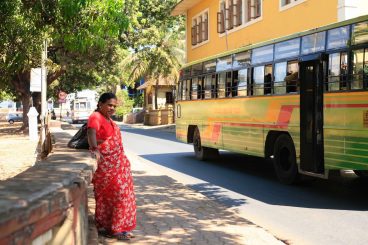 Make my Trip Says: Have a Seat