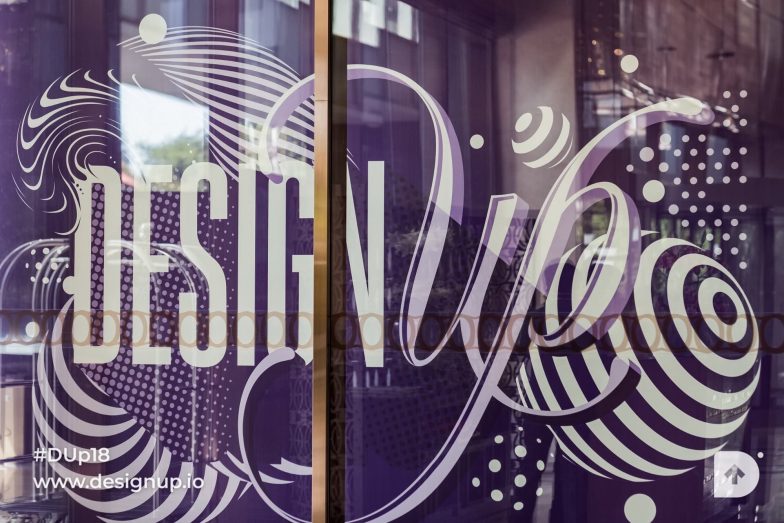 “What are you going to do about it?”

Jay Dutta and Narayan Gopalan founded DesignUp, partly in response to that challenge. MP Ranjan, NID professor and Dutta’s mentor, posed the question every time he complained about the lack of a design conference, which factored in wider business, technology and social context.  Ranjan passed away in 2016 and this question came back to haunt the duo. DesignUp was their response – a conference that they themselves would love to attend!

The Only Way is Up

From two hundred attendees in 2016, to a hall packed with over thirteen hundred people in the recently concluded November, 2019 conference, DesignUp has scaled rapidly, both in numbers and scope. DesignUp 2019 called itself a ‘festival’, complete with studio tours, workshops and masterclasses.

DesignUp’s trajectory mirrors the increasing interest in design as a force for business and social impact in the region. DesignUp 2016, had 15 speakers, almost all of whom, were known personally to the team. Since it was a new subject, Dutta and Gopalan started by creating a brief for the speakers, asking them to speak about ‘about perceptions and expectations from designers and design.’

Speakers are now selected through a mix of submissions and invitations. The call for proposals opens almost six months before the conference. The overarching theme remains unchanged: ‘Design and Technology for Better Human Experiences’.  Each year, however, separate tracks are defined, like ‘Designing for Participation and Inclusion’ in 2018 and ‘Design and Data’ in 2019.

The DesignUp team constantly monitors emerging trends. ‘Maps and Mobility’ was not part of the original plan in 2018, but was clearly an important space given the rising gig economy. Dutta called Srinath Rangamani, Head of Design at Swiggy, and worked with him to create a track around the experience of delivery executives.

The Quest for Local

Careful curating remains central to DesignUp’s approach. The speaker roster now includes globally renowned design leaders, but Dutta and team will still discuss content and approach with each one. He admits, “the problem is presenting new and unique Indian content, because many of the same speakers speak at other local meetups and conferences”. It doesn’t help that DesignUp is usually the last Indian design conference of the year.

The quest for fresh, locally relevant perspectives has often meant coaxing speakers out of their comfort zones. As Saloni Sabnis (ex Adobe and part of the DesignUp core team), puts it, “we drag people out of their cosy corners to present at DesignUp”.  In 2018, Dutta and Sabnis convinced Saritha Thomas, a former BBC Radio employee, now working with rural hill communities, to speak at the conference.  Thomas’ talk went on to become one of the most popular talks that year. Says Dutta, “We explained to her that this was a story worth sharing, given that she was working with radio, a powerful and underestimated technology.”

DesignUp 2019 introduced ‘Lightening Talks’ by first time speakers from the sub-continent. These young speakers went through coaching by Shivakumar V and the DesignUp team, to sharpen content, presentation and speaking skills.

Of the fifty nine speakers in 2019 (excluding panelists and workshops leaders), thirty seven were from India / South East Asia.  This is a matter of pride for Dutta, who says that an increasing number of attendees come to hear original stories from the region. There is also an effort to ensure that at least 40-45% of speakers are women.

There is a parallel ‘unconference’ that unfolds on the sidelines between the talks and is perhaps as big a draw as the star speakers. Attendees catch up with old friends and colleagues, pose for ‘company alumni’ pictures and huddle with potential mentors. The feeling of bonhomie is palpable, and the DesignUp team is trying to maintain this sense of community through the year via smaller meetups.

Four years in, the team has learnt to anticipate glitches and work around them. This is made easier by the goodwill that they clearly command. In 2018, a key Masterclass coach pulled out three days before the conference.  Dutta and Gopalan reached out frantically to their network and within 24 hours, Neha Sehgal, Founder of N5, a San Francisco-based design and innovation studio, was on her way to Bengaluru.  Jack Morgan, Design Lead, Duolingo, and one of the concluding keynote speakers at DesignUp 2019, delivered his talk to a cheering audience via Skype, when bad weather derailed his travel plans.

What will forthcoming DesignUps hold? The objective, the team says, is to help the community understand its journey and prepare for tomorrow. Whatever it takes to do that – from smaller events to the newly launched trends report, Design Deconstruct – is fair game.