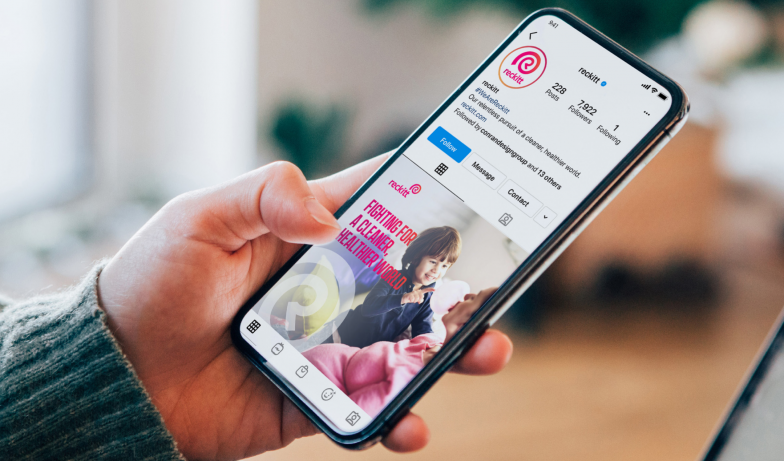 Image showing the Reckitt Instagram account, from the official media kit. Read on to see an oversight in this.

FMCG giant Reckitt Benckiser rebranded to Reckitt earlier this week. This is the company’s second rebrand in the last decade.

The company was founded as Reckitt & Sons in 1840, merged with J&J Coleman in 1938 to form Reckitt & Coleman and was rechristened to Reckitt & Benckiser in 1999, after merging with Dutch company, Benckiser NV.

In 2014, the then CEO, Rakesh Kapoor, announced that the name would change to “RB” because Reckitt & Benckiser was a “mouthful.” The return to “Reckitt” is seen as an embracing of its heritage and is a move that most people have welcomed.

The company’s press release about the new name and identity (designed by Havas company, Conran Design) has been published in a barely-altered form by every marketing and business publication. We would never do that to you, dear THC reader.

Instead, we would like to draw your attention to lessons the Reckitt rebrand brings, when you change your name in a digital world.

You can change letterheads and signage quite easily when you change your name, but what do you do with your url, email IDs, social handles and hashtags?

Just how important these markers of digital identity have become, is demonstrated by the Walmart name change in 2017. The company dropped the long-standing hyphen and ‘Stores’ suffix from its name and became Walmart instead of Wal-Mart Stores. The reason? To bring the url of the ecommerce site – walmart.com – and the company name closer.

Redirecting website urls is easy enough and naturally rb.com redirects to reckitt.com. Just redirecting one url is not enough. All sub-domains must redirect too, and this can be an onerous task, one which still seems to be in progress at Reckitt. https://careers.rb.com/ for example, is unchanged.

The group’s email addresses, as evidenced by their press contacts, continue to be xyz@rb.com. Again, we are guessing that the migration is underway. More surprising are the few remaining instances of ‘RB’ on the website that seem to have slipped through the scrubbing process.

Reckitt’s Twitter crossover strategy is smart. Their earlier Twitter handle was @Discoverrb. They have changed this to @ThisisReckitt but have set up a separate account for @Discoverrb so they can redirect traffic and not have dead tags.

It is puzzling why they haven’t followed a similar approach on Instagram, which also allows changes to handles as far as we know. Their Instagram handle continues to be @discoverrb – which can be confusing since you never see “Reckitt” in the tag.

Our design sleuths spotted a Photoshop blooper. Check the Instagram account in the header image for this story. This image was released as part of the official media kit and shows a @reckitt handle. However, the Instagram handle @reckitt does not belong to the company.

Changing a brand or company name in a digital world is trickier than starting out with a new one. For example, when Kraft rebranded to Mondeleez in 2012, they may have faced criticism, but nine years later, the name is firmly established and most people even pronounce it right. A large part of that is the ability to start with a fresh name and a new url and social handles, and drive home the name with high-decibel marketing.

Name recall will not be an issue for Reckitt – we honestly do not think anyone got around to calling it RB. The company does however, need to replace ‘RB’ with ‘Reckitt’ across a multitude of digital touch points. This requires a resource-intensive process which, even for one of the world’s largest companies, could not be completed before the new brand launch.

Update 30 March 2021: Reckitt has changed its Instagram handle to @wearereckitt and is using the hashtag #WeareReckitt on Instagram. Its hashtag on Twitter stayed #ThisisReckitt, to match. the Twitter handle. Not a great idea, we think, to have multiple hashtags.

Update 3 April, 2021: Reckitt had changed its Instagram handle again to @thisisreckitt. We hope this story helped. 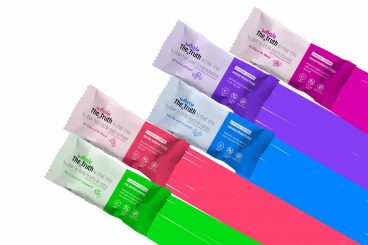 And Nothing But The Truth 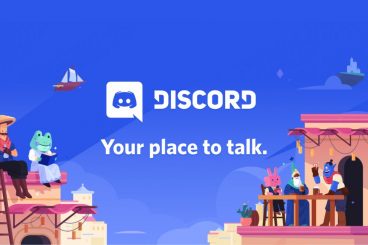 Is Your Brand on Discord? And Should it Be?