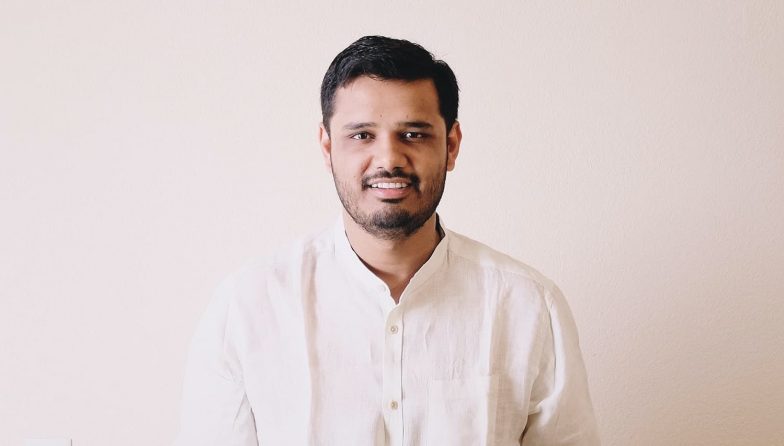 We met Hardik Pandya a day before his talk at DesignUp, a conference at Bengaluru. He stuck to coffee, saying he prefers not to eat too much before an important event, to avoid sugar spikes and lows.  This thought-through approach is clearly in character for Pandya, who emphasises that sharing both views and work, is important for personal and community growth.

When did you warm to the idea of building a personal brand?

Looking back, I think it started when I was running experimental labs in college in 2007. I started experimenting with an Arduino Board.  No one else was doing that and my classmates started coming to me with questions. I went on to run workshops and realised I enjoyed the interaction. I started to think about how I could carry that forward in my life.  Later, while doing my Masters in engineering, at TU Delft, I covered events, wrote a blog and designed a Squarespace site for my college. I documented everything, the process, the difficulties and the learnings. That was when I realised the value of sharing.

You didn’t have a formal design education. Did your personal brand help you break into design?

I started by sharing ideas on design on Twitter. I did unsolicited redesigns and explained why I picked this colour or that icon. Those tweets became my first design portfolio, in a manner of speaking. Of course, I was apprehensive. I would sometimes hear this voice in my head, which would say ‘Hey you aren’t really a designer, how are you giving opinions on design?’  Imposter syndrome is real.

My first job in design came through Twitter. A senior engineer at Instamojo, Akash Goel reached out and arranged for asked me to come to Bangalore and work with them because he liked my portfolio. I was in Ahmedabad at that time. My parents and my wife were skeptical, but I packed my bags and 48 hours later, I was in Bengaluru and that was the beginning of a new phase in my life.

Even if people recognize the importance of personal branding, they worry they have nothing of importance to say. What advice would you give them?

I see many young designers today holding back because they think their voice has no value, which is a mistake. Everyone has a unique perspective and a unique story. Sometimes you have to project a little. Think about where you want to be, even if you are not there yet. Yes, it can be terrifying to expose your opinions to public scrutiny, but the downside of not doing so is just too high.

True, but the Internet, even Twitter is a much more crowded space than it was a few years ago. Does it make sense to say the same things other people are saying?

In today’s saturated world, you have to work hard to find a niche. It is saturated but it is not as if niches don’t exist. It requires more work and conscious effort, but if you do it, it pays off handsomely.

To start with there is still a dearth of great case studies, which trace the journey from an idea to final product delivery.

There are designers who think long and hard about user behavior, not just existing behaviors but future possibilities.  I would love to hear more about that.

If you are a young designer, without a significant body of work, share your journey. Talk about the challenges for a designer starting out today. Share the vulnerabilities and the triumphs.

Even just presenting your own work with a high degree of precision and fidelity is a good start. It seems like a no-brainer, but people just do not put enough thought into their portfolio. Simon Pan’s portfolio is considered one of the best in the industry. He told me he took several months to document everything he has worked on and it was the best time investment he ever made. Think about the longevity of value it delivers and the value he has created for the community.

What about designers saying they have no time to build a personal brand?

I think that’s just unfair to themselves and to the community. Everyone has pockets of time.  Do you mean to say that the busy and successful people who share continuously, have more time than others? Sharing doesn’t mean social media alone. I respect the fact that some designers don’t like too much public interaction. They can share in other ways.

Why is this idea of urging designers to share so close to your heart?

I think it is very important that senior designers share and show the way. How else will people coming into the industry create benchmarks and goals for themselves? You need something of substance to open you up to new possibilities. My time at Google has taught me that great products are built by great perspectives. There is no right or wrong way to build products, it’s your perspective, backed by data and reasoning.

Add to that the fact, that we have very India-specific challenges. How are we going to learn if we don’t share?