For an entire generation of Indians, the Keventers brand conjures up nostalgic associations: A cold, thick milkshake in a glass bottle, red and white carts and Cassata ice-cream.

In the early 1900’s, Edward Keventer, a Swedish dairy consultant, established dairy manufacturing units across Delhi, Aligarh, Calcutta and Darjeeling. In 1925, he set up Keventers in New Delhi’s Chanakyapuri to produce milk products.

The business was acquired by Ram Krishna Dalmia in mid 1940 and functioned until its shutdown in the 1970s. In 2015, a team of three founders, Agastya Dalmia (part of the family who owns the brand), Aman Arora and Sohrab Sitaram set out to revive the brand’s legacy and make Keventers a consumer brand relevant for today.

In 2014, Dalmia and his college mate Aman Arora, opened an outlet in Delhi’s Pitampura, serving milkshakes in paper cups. It was a disaster. Neither Dalmia nor Arora had any hospitality experience and they admit they hadn’t thought through the brand carefully.

In 2015, Arora and Dalmia decided to take the plunge a second time, joined by another partner Sohrab Sitaram. The team opened an outlet in Delhi’s tony Select Citywalk mall and the response was encouraging – people remembered the brand and liked the new product range. Armed with the validation they needed, Keventers rapidly expanded across the country and beyond to UAE, Africa and Nepal, using the franchise model.

Today, Keventers has one hundred and sixty two stores and clocked a turnover of close to Rs. 100 crores in system sales in FY 19-20. This dipped by over 40% in the first six months of the pandemic. However, the company says that revenue recovered strongly in the January-March quarter of FY 20-21, with double-digit same store sales growth and they are confident of coming back stronger than ever before, once the current lockdown restrictions ease.

Keventers walks a tightrope that many legacy brands are familiar with – maintaining history, but ensuring relevance. They are assisted in this quest by Delhi-based creative firm, Animal, who has been a long-term partner.

The iconic glass bottle (although a different version to the original), remains the brand’s most familiar marker. Keventers uses this (much as Absolut does) to launch community activities like DIY upcycling ideas and bottle makeover contests.

Beyond milkshakes and the bottle however, a recent refresh has taken an interesting illustration-driven route that brings back Mr. Keventers as a brand mascot.

The refresh is prompted by product expansion as well as a need to tell the brand story more effectively on digital channels. Given that the pandemic has severely limited store footfall, the team is now focused on interacting with customers online and fulfilling demand digitally. This includes listing on food delivery platforms such as Swiggy and Zomato. An owned ecommerce store is also in the offing.

“While the name Keventers was familiar to even those who hadn’t experienced the brand in the 70s, many didn’t know the history behind it. With Mr Keventer as a mascot, we can make the brand narrative versatile, relevant and fun on digital and offline platforms.”

Along with the classic typographic logo, the visual identity employs thick-line retro-style illustrations and a fresh, sorbet-like colour palette. The ‘Since 1925’ endorser is displayed prominently across all channels, including the packs.

Kunel Gaur, Founder, Animal, says they are satisfied that the look of the brand balances heritage and taste cues, all the while keeping the personality witty and upbeat.  The new illustrative world of Keventers also integrates with photography seamlessly and the brand toolkit is fluid enough to scale with new products.

“A brand narrative led by Mr. Keventer opens up a world of possibilities. He livens up packaging, is brilliant on social media and allows us to create fun stuff like comic strips”

Given its price-point (Rs.150-Rs.300), it is safe to say that Keventers has laid the foundation of an aspirational brand for a young, affluent audience. The refreshed brand identity will probably serve it well as it looks to its next phase of expansion.

Another big advantage the brand may have is rich customer understanding. Because of its significant offline footprint, Keventers already has what many D2C brands are seeking – first party data. Co-founder Aman Arora who has had a stint in advertising firm Ogilvy, says that their database comprises more than twenty lakh customers who trust Keventers.

In terms of product portfolio, the team agrees that they are looking beyond milkshakes, which “don’t really have a well-defined consumption moment.” Are ice-cream and frozen desserts the next logical frontier?

“We know what Keventers stands for – we are a brand with rich heritage that is about indulgence and treating yourself,” says Arora. “And we know who our audience is. We could really expand to any product that falls at the intersection of these two.” 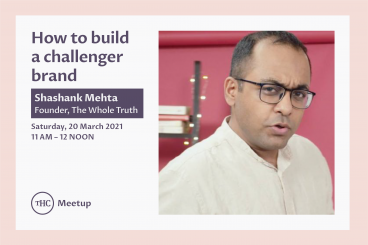 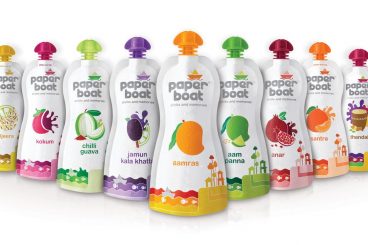