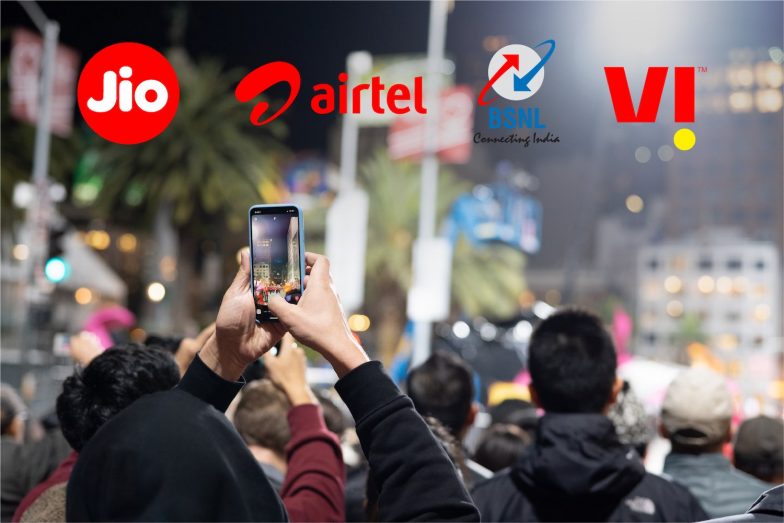 The dizzying rate of mergers and acquisitions in this sector has meant that multiple brands have entered and exited from the Indian market. Behind the rise and fall of telco brand is a history rich with opportunity, ambition and scandal. Both Indian and global players have attempted to navigate the country’s regulatory landscape and respond to its fast-changing consumers. Only a handful have succeeded, while most have faded from public memory. How many of the brands in this story do you remember?

On July 31,1995, the first mobile phone call was made between Union Telecom Minister Sukh Ram and the then Chief Minister of West Bengal, Jyoti Basu. The service provider was Modi Telstra, a joint venture between India’s BK Modi Group and Australian telecom giant Telstra. After a fall-out between the partners, the service in Kolkata was sold to Airtel.

The winners of the first telecom licenses in 1994 were:

Fun fact: While granting licenses in 1994, the government projected the market for mobile phones in New Delhi to be 30,000 subscribers. In 2020, the number is close to 53 million.

In 2012, the Supreme Court cancelled 122 spectrum licenses issued to telecom operators, effectively redrawing the battle lines in India’s telecom industry. This sealed the fate of many players. Foreign telecom companies that included Norway’s Telenor, Russia’s Sistema, UAE’s Etisalat and Bahrain Telecom, all closed or sold off their networks.

Reliance Communications was founded by Anil Ambani in 2002. Like other providers who chose to go the CDMA route, RComm as it was popularly known, also suffered greatly. The company introduced GSM services too late in 2008. Plagued by problems, RComm filed for bankruptcy in 2019.

The Anil Dhirubhai Ambani Group had a monolithic identity developed by Landor, with the A accentuated to stand for the founder’s initials.

In 2000, the cheapest mobile phone cost upwards of Rs.30,000 and the rate for local calls was about Rs.16 a minute. In this scenario, Airtel positioned its ‘post-paid’ service as a premium offering targeted at the affluent and powerful. The brand’s primary colour was black and its logo, with two swooshes intersecting with a stocky, uppercase typeface, was created by Rediffusion, its agency of record.

Pre-paid mobile calling was considered a lower-end offering and branded separately as ‘Magic.’ There was no connect to the Airtel master brand, either in the visual identity or via an endorsement. There was also a separate landline brand called Touchtel.

In 2002, Ray+Keshavan, a brand and design agency later acquired by The Brand Union, WPP, created a new monolithic identity for Airtel to help the company achieve its vision of becoming a ‘communications powerhouse.’ The Magic and Touchtel brands were discontinued. In 2010, The Brand Union helped Airtel change its identity again, this time to the ‘Airtel wave,’ accompanied by a lower case logotype. (The Hard Copy founder Meeta Malhotra was one of two partners at Ray+Keshavan).

Airtel worked hard to shift its perception from the ‘dull incumbent’ brand to one that younger populations would engage with. The advertising campaign, Har Ek Dost Zaroori Hota Hai, (Every friend is special) created by Dentsu Taproot, was one of its most memorable initiatives, helping to shift its image to a lively, more approachable one

The cellular service Max Touch was launched in 1994, via a joint venture between Hutchison Whampoa and the Max Group. In 2000, Max Touch was rebranded to Orange. When France Telekom acquired worldwide rights to the Orange brand, the service was rebranded to Hutch. In 2011, with Vodafone acquiring a majority stake, the brand was changed again.

The Brand Union, a WPP company, which has now been merged with other entities to create an agency called Superunion, was Vodafone’s brand custodian for many years. Dedicated global teams worked on the overall brand design systems. The ‘apostrophe’ symbol has endured, with only the 3D rendition softening into the current flatter version.

Idea Cellular was incorporated as Birla Communications Limited in 1995 and the Idea brand was introduced in 2002. The brand’s logo was based on a Sim card and created by agency of record, Lowe Lintas. The logo has seen minor tweaks over the years, in the form of a flatter symbol and a refreshed logotype. However, retail outlets dropped the Sim shape from their signage several years ago.

In March 2017, Idea Cellular and Vodafone India were merged into an entity called Vodafone Idea. On September 7, 2020 they announced a new united brand called ‘Vi’.

The merger, necessitated by business reasons, brought together two very dissimilar brands. Vodafone has always been perceived as global and premium, while Idea had more of a local, salt-of-the-earth persona.

Over the years, both brands have run extremely successful marketing campaigns to reinforce their individual positioning. Most memorable amongst these were the films by Ogilvy featuring the faithful pug and then later the Zoozoos for Vodafone. Idea’s slogan, “What an idea Sirji,” coined by Lowe Lintas, became part of popular culture. It remains to be seen what place in the customer’s mind Vi will appropriate.

The Baap of All Things

Reliance Jio launched in 2016 and disrupted the market with its free data offering and rock-bottom tariffs.

This was the same playbook that Reliance had used when it launched Monsoon Hungama in 2003, when it offered a mobile phone for Rs 501 upfront and Rs 200 per month for three years. Jio’s first brand logo was a disastrous attempt at modifying the Reliance logo into a rainbow- coloured avatar. In January 2016, Jio unveiled its current logo, designed by Interbrand, immediately setting off the speculation that the mark had been designed to mirror ‘oil’.

And Then There Were….

Twenty five years ago, it would have been hard to predict the furious rate of consolidation India’s telecom sector has witnessed.

In September 2020, we have reached a point where only three private, and one public sector brand, are left standing to address a market of more than a billion people. How many logos will be visible five years from now? 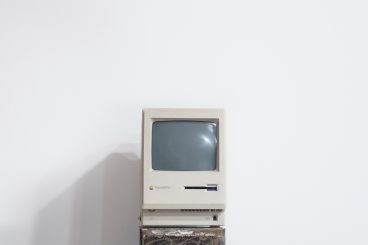