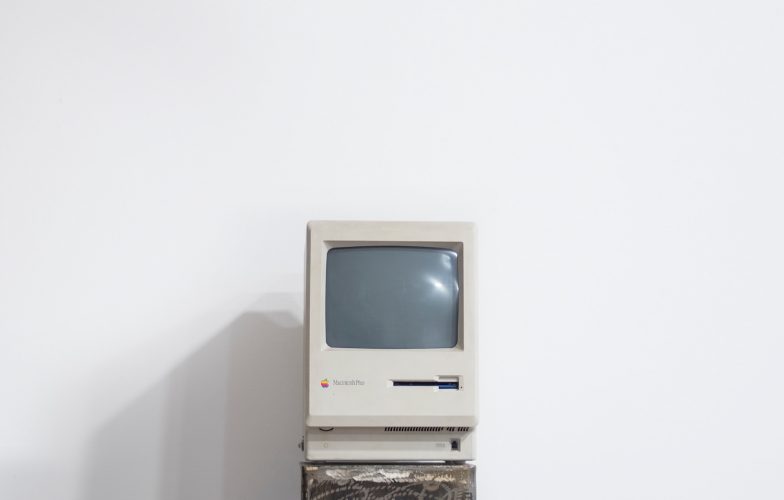 It should come as no surprise that the evolution of ‘Design-In-Tech’ in India mirrors the ‘tech coming-of-age’ of the country. Noteworthy, however, are the nuanced differences between the trajectories of technology and design, which may hold clues to where we will go.

Here’s a look at the major influences on the evolution of Indian technology-related design from 1990 to 2007.

It is worth considering that the mid-1990s were also the time when global changes atthe intersection of design and technology were giving designers a much richer sandbox. Javascript had been invented and the browser wars were starting. Netscape’s hugely successful IPO in 1995 officially kicked off the ‘Internet age’. The Graphic User Interface (GUI), introduced by Xerox Parc in 1975 had evolved and was being adopted widely.

Against this backdrop, the development of both products and services was being outsourced to Indian shores, and inevitably drew design into its world.

In the late 1980s-early 1990s, there were only a handful of reputed design education institutions in the country, with the National Institute of Design, Ahmedabad and Industrial Design Centre (IDC) possibly the best known of them all. Visual communication designers from NID and Industrial designers from IDC were the first wave of designers who crossed over into ‘interaction design’, experimenting and learning.

Around 2001, Human Factors International (HFI) established an offshore centre in India and IDC and IIT, Mumbai started running the first Human Computer Interaction (HCI) courses. HFI certifications became the entry point to design for non-designers in India, for almost a decade. The first formal programmes were launched in 2003, when the Indian Institute of Technology Guwahati (IITG) started a Usability Engineering stream. It was only in 2006, that NID and IDC introduced Interaction Design postgraduate programs.

The First Employers: ERP & IT Services

Few know that the first crop of Indian interaction designers were actually employed and trained by a product firm. The Dutch ERP software firm, Baan, was probably the first ‘tech’ company to hire designers for its development operations in Hyderabad, in 1998. The Baan team from the Netherlands, with psychology and HCI backgrounds, created a small but significant team trained in human-centric design.

Today’s IT majors like Infosys and Wipro were in their infancy, but as the volume and ticket size of outsourced technology developmentto India increased, so did the realisation that design would be needed, albeit as a ‘support service’ to the main business.

Infosys was the first to set up an in-house design team, hiring NID graduate Sridhar Dhulipalia in 1995. Although Dhulipalia did design the UI for Infosys’ first financial product, design in the IT services companies was largely focused on ‘Usability Engineering’ for the massive enterprise projects that were their bread and butter.

“It was a time of thick clients, PCs and just jazz-it-up”

As it became clear that design was needed to win contracts, these firms significantly scaled their design hiring in India, going on later to acquire storied design studios in the geographies of their clients.

By the late 90s, several prosumer firms, including Microsoft and Adobe had setup operations in India. Adobe set up a development centre in Noida in 1997 and in 2006, released three products – Contribute 4.0, Captivate 2 and Premier Elements 3.0 – completely ‘Made in India’.

This wave continued to grow, with Google entering the country in 2006. While the emphasis was largely on technology development, these giants began to hire design talent in growing numbers. Indian design teams testify to the fact that their contribution to these global prosumer products has grown significantly over time.

On August 15, 1995, the Prime Minister,PV Narasimha Rao, announced that BSNL would provide Internet connectivity in India and the first few ‘.com’ pioneers emerged on the scene. Many would perish as the bubble burst in 2000. The few that survived from Indiamart to Justdial and Naukri, all had similar, visually busy interfaces.

It was the travel pioneers that had the biggest impact on ‘design in tech’ in India and interestingly one of them was Government-owned. Indian Railway Catering & Tourism Corporation (IRCTC) came into operation in 2002 and its online booking website launched soon after. Designed and developed by UK-based Broadvision, the site was launched to mixed reviews and subsequent redesigns have evoked similar reactions.

While MakeMyTrip entered India in 2005, Cleartrip started up in 2007. The latter’s uncluttered interface became something of an inflection point for Indian design, pointing the way to a different, ‘more global’ design sensibility.

‘Cleartrip is the travel site that gives you what you need without any annoying fluff. Who needs banners, pop-ups and blinking glitz.’ That’s what we stood for.

In 1995, the Finance Ministry lowered duties on software and peripherals and the CD-ROM market exploded as multimedia became the ‘latest educational and entertainment tool’.

Riding this boom were Indian multimedia developers like Tata Interactive, as well as global players like Dorling Kindersley, who set up design and development operations in India. NID graduate Neelima Rao remembers creating CD ROM travel guides on the Taj and Rajasthan for the Government of India. Those were the heady days of Flash until the iPhone launch in 2007 hastened its demise.

How much the Government has influenced the evolution of ‘design-in-tech’ is a grey area, with few anecdotes and even less data. Most people in the design community agree that the biggest impetus comes from CDAC, who since 2000, has pioneered language technology initiatives and free fonts for Indian languages.

CDAC has released over 8000 local language fonts, playing a pivotal role in enabling digital applications to go beyond the English-speaking population.

The Beginning of a Community

These were followed by events from Raman Saxena’s USID Foundation (Universal Sustainable Inclusive Design for Social Change) and UX India, founded by Kaladhar Bapu and Ranjeet Tayi. Most events of the time had a strong HCI and enterprise slant. A community had begun to emerge in India and would only grow and strengthen.

From our vantage point in 2020, the pace of change from 1990 to 2007 seems gentler than this last decade. We have hurtled into a mobile-first world that has shaped not just how we design, but how we live and behave. Tracing that journey, however, is a story for another time.

This story was originally published in Design Deconstruct, a report from DesignUp