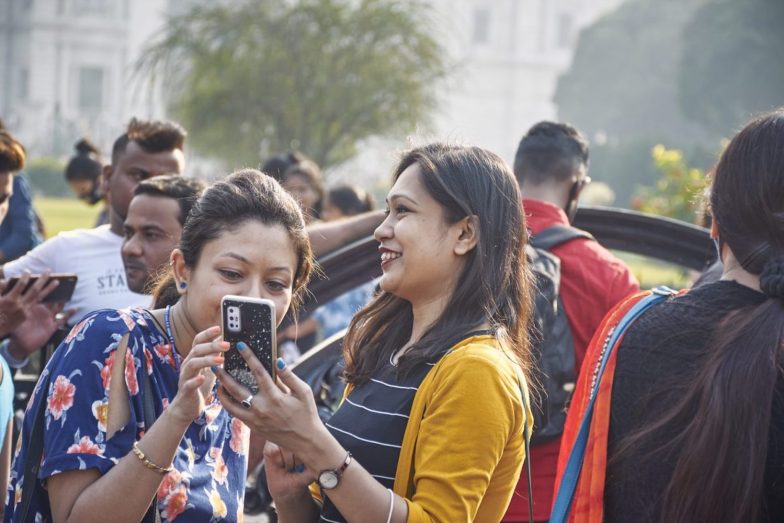 A widely-quoted 2017 study, published by KPMG-Google, estimated that by 2021 Indian language internet users will constitute 75% of India’s entire internet user base. This change in user demographics has been taking place over several years. I first learnt about it back in 2013 when Quartz published an article titled “English is no longer the language of the web”.

Through the last decade, web businesses have focussed on the meteoric rise of smartphones and the consequent mobile internet penetration. Several website implementation techniques like ‘mobile-first’, ‘responsive design’ and ‘web performance,’ were developed to address this change. They started out as niche differentiators, but slowly turned into required standards for any modern website.

However, amidst all these developments, the tectonic shift in the linguistic shape of Internet users has been overlooked by the larger web community. As of recent studies, only 25.9% of the global internet audience browse in English and yet, nearly 60% of the content on the web is in English.

This makes me wonder, why don’t most websites today adequately recognise and address this vernacular diversity. Why isn’t multi-lingual implementation considered a baseline requirement for new websites? In my understanding, there are four major challenges:

1. Digital Linguistic Diversity is a Blindspot

With twenty three official languages and several more regional languages, India is one of the most linguistically diverse countries in the world. As a society, we are accustomed to encountering language diversity in our everyday interactions — from local signboards, newspapers and magazines to TV and radio channels. This is not as true in the digital medium. For a long time, computer literacy necessitated English-literacy and was confined to a small section of the society. However, in recent years, four important changes have come together:

Owing to these factors, Internet usage has managed to cross the English barrier. However, this linguistic diversity is not immediately visible to everyone.

Unlike other mass media channels, the web is a far more targeted medium where each individual is likely to be confined within their own linguistic-silo. That means, if you are an English user, you are likely to see English-language search results, follow social channels in English and see digital ads in English.

Likewise, a user who primarily uses a vernacular language is unlikely to stumble upon English content, even if the subject is relevant to the user.

Due to this targeted nature of the web, the actual linguistic diversity remains in our blind spot.

2. The Privileged Position of the English Language

For several decades, English has played the role of a bridge language in global communications, business and trade. In India, it is the language of the elite and the rich. English-literacy is considered a benchmark for being educated and an essential factor for achieving professional success. The class dimension of English in everyday life is quite noticeable – be it the middle-class aspiration of providing English-medium schooling to their children or using it as a language to avoid the prying ears of one’s domestic help.

Having sat in professional meetings where the use of vernacular languages has been dismissed as “the brand aspires to target the elite,” it is clear that businesses will take some time to overcome the inherent language-classism. But there is hope for change as the Internet emerges as an equaliser.

There is a steady rise of content creators and consumers among regional language users. Using the power of social networks, video streaming services, etc. people can directly connect and communicate within their community and reach remarkable levels of reach, popularity and success.

As per the 2011 census, only about 10% of India’s population could speak in English. More recently, a survey conducted by Lok Foundation and Oxford University has found this number to be 12% among urban respondents and 3% among rural areas. Clearly, an overwhelming majority of India use native language over English.

In the digital world, this population has been massively underserved as compared to their English-speaking counterparts. They are hungry for content, products, services and new opportunities. And they are growing fast — nearly 9 out of every 10 new Internet users in India are likely to be Indian-language users. Similarly, in 2019, voice search in India (commonly used among the vernacular population) was growing at 270% YoY.

Given that people have greater faith in content that’s written in their own language — addressing the linguistic diversity should be an important business goal. This makes a strong case for websites to be accessible to non-English audiences.

While there is enough evidence of the success of entertainment and infotainment channels in local languages, not enough data about the success of multi-lingual websites in India has been made public. Once this emerges, the movement will accelerate.

All big shifts are hard to adapt to and require venturing into unknown territories. The last big shift, from a desktop-dominated Internet to a mobile-dominated Internet, required the entire web community to unlearn old methods and learn new techniques for the mobile. Designers had to let go of the ideal 1024×768 screen and embrace the fluidity of the web canvases. Technologists had to take a high-performance, mobile-first approach. And business strategists had to reconsider their entire digital and online presence.

The shift towards linguistic diversity is likely to be even harder and slower. Not only does it impact the designers, technologists and business strategists, but also poses a significant challenge in terms of content production, translation and ongoing updates. As the world acquires more experience in multi-lingual implementations, the techniques to overcome these challenges will get more mature. But until then, we have to keep chipping at the problem and share our experiences with the community.

Back in 2011 when I started a web studio, mobile internet was still in its nascency. A typical client back then would emphasise the need for their website to be dynamic and interactive. We, on the other hand, embarked them on a journey of education to help them recognise the importance of mobile optimisation and responsive design.

The world has come a long way since those days and every new website brief today seeks out a responsive website. I expect the journey towards a multi-lingual web to take a similar path.

Till the time comes when website owners start recognising the importance of multi-lingual content and publishing, the onus of driving this change will lie upon us — the creators, the designers, the developers and the digital craftsmen.

Here are a few things we can do to help catalyse the change:

For nearly three decades English has been considered the lingua franca of the digital world. But given the profound shift in its user demographics, it’s fairly clear that English-only approaches are no longer the future of the web. Your next website should challenge the status quo, or you will just be missing out on a big piece of the pie. 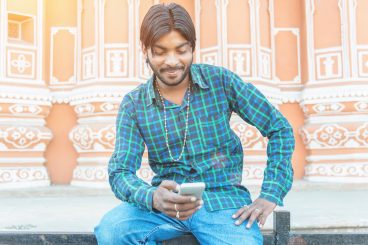 Observations from a Tier 2 Town