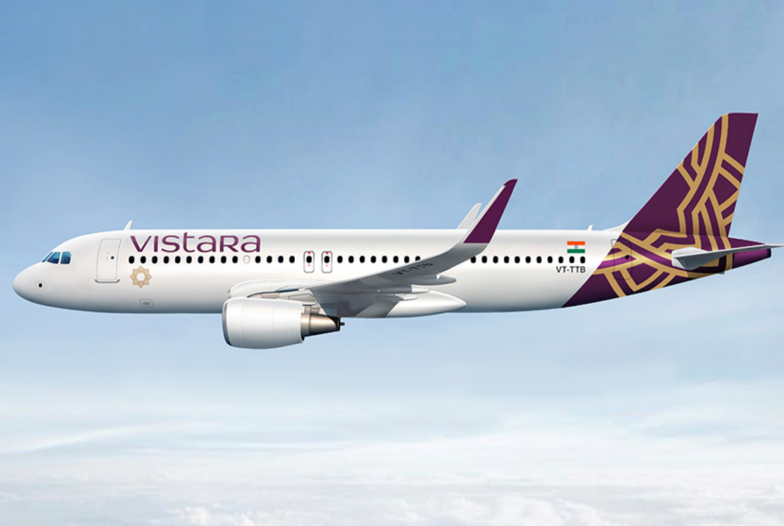 In 2014, my business partner, Sujata Keshavan and I were close to concluding our payouts at Ray+Keshavan. R+K as it was fondly known, was a branding and design consultancy that was co-founded by Sujata and the late Ram Ray in the 90s and acquired by WPP in 2006.

R+K had a dream run, building some of the country’s biggest brands – from Airtel to Kotak. However, we had never branded an airline. So when the RFP came in for a joint venture between the Tatas and Singapore Airlines (SIA), there was much excitement. Given the fact that we had no airline branding experience, Sujata flew to London to pull together a senior team from WPP to bid for the project. In what would turn out to be a fortuitous turn of events, that did not meet with any success and we ended up bidding for the project alone.

The scope of our bid included naming, positioning and identity design, across all brand experience touchpoints. Conscious that we were up against global firms with several airlines in their branding portfolio, we submitted a unique point of view that ultimately went on to win us the project.

Not Just Another Airline

In 2014 the market was dominated by Jet and Indigo. Given the competition, we said, there was a white space for an airline that focused on experience, versus functional parameters like efficiency and being on time. We recommended that the airline be branded from a hospitality lens – with all details, from the livery to cabin interiors and even the choice of music, selected to create a premium ‘hotel’ experience for the corporate traveller.

In 2014, the design language of airlines was dominated by visual cues of flight. We broke away from this completely, recommending instead that all interfaces speak the language of premium hospitality. Given the SIA and Tata lineage, we knew this was a powerful and credible brand idea.

Naming an airline is a difficult task, given that the name must work across cultures, be phonetically appropriate and available for legal registration in multiple countries.

Vistara is based on the Sanskrit word ‘Vistaar,’ meaning boundless expanse. This was a diametrically opposite construct to the prevailing sentiment in the airline industry, which was about imposing constraints, be it cutting corners or layering on extra charges.

As part of its premium hospitality positioning, this new airline would deliver a full-service experience, with all the bells and whistles. Instead of imposing constraints, it would lift them – and hence the name Vistara. (The extra ‘a’ at the end was added for phonetic ease.)

Using a Sanskrit name also fitted into our hospitality-based strategy, since it was a nod to the warm Eastern hospitality that both Singapore and India are known for. Vistara was a lyrical, easily pronounced word. The name also evoked the endless blue horizon that passengers see from their windows during a smooth, enjoyable flight.

The idea of Vistara’s boundless world was captured visually through an octagram or an eight-pointed star, known through history as a symbol of balance, excellence and good fortune. The continuous, overlapping lines in the logo have an inherent sense of movement, as if the space within them is dynamic and not still.

The form of the logo was crafted to lend itself to several different crops, which were used to brand interfaces as diverse as aircraft tail and water glasses, without creating visual fatigue. The logo was also used as a tessellation to create patterns for frequent flyer cards and uniforms.

There was much discussion around the primary colour for the brand. It was clear that overused red and blue palettes were out. I remember Sujata saying at a brainstorming session, “Imagine the Vistara crew walking through an airport – we want them to stand out, to be easily recognisable.What colour should they be wearing?”

In the end, the team chose the deep aubergine and gold palette that is identified with the Vistara brand today – not just because it was distinctive, but also because it aligned with the overall ‘luxury hospitality’ experience we were aiming to create.

Vistara was the first airline to introduce a Premium Economy cabin on domestic flights. At the time, this was considered a risky move. Would passengers pay more to sit in a cabin that wasn’t Business Class? Our strategy was to add ‘prestige’ to Premium Economy, making the experience as distinct as possible. We used a deep blue to brand Premium Economy, so it clearly stood apart from the base Economy purple.

From its first flight in 2015, the Vistara experience has been true to what we imagined. The implementation of the brand identity was flawless and it was always a pleasure to ‘fly the new feeling,’ (a launch slogan created by Ogilvy).

With the recent announcement that the Tatas will merge all airlines under Air India, it seems that Vistara brand will be sunset soon. Given Air India’s tremendous equity and identification as a national carrier, this is clearly the right decision. As I discussed this latest event with Sujata, she agreed that even though she couldn’t help feeling a tinge of regret, it is fitting that the Tatas restore Air India to glory.

We hear that Futurebrand has been commissioned to carry out the Air India rebranding and we look forward to seeing the new brand and of course, carrying the case study in THC.

The Vistara Team at Ray+Keshavan | The Brand Union