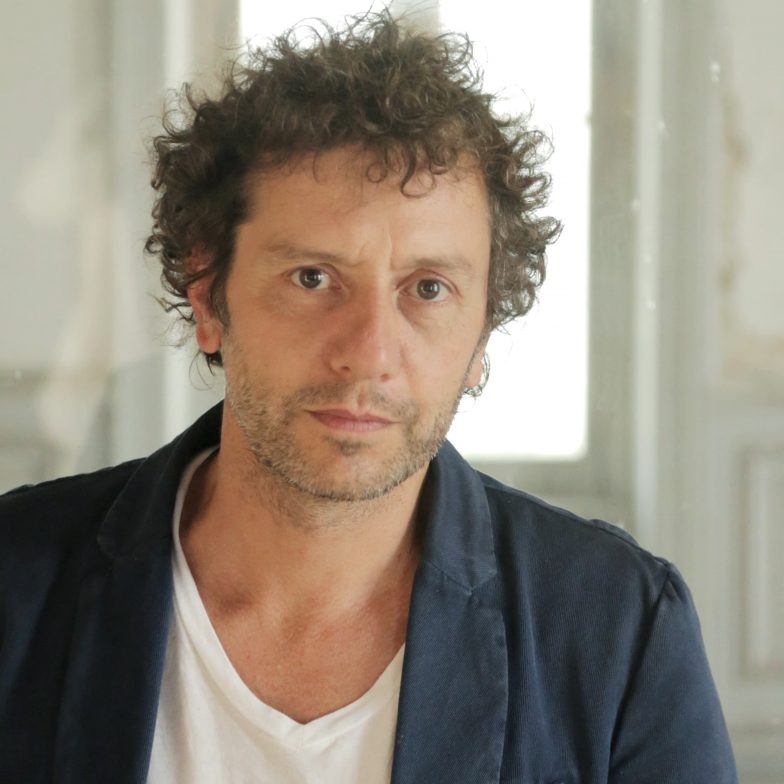 Acclaimed for its journalism and celebrated for its astronomical metrics, Dezeen has managed to build a massive brand and a thriving online community. There’s a Dezeen job site, a conference and an awards ceremony (which incidentally, has also won an award).

Last year, among its other accolades, Dezeen received 25 million unique visitors and ranked among the top 5,000 websites in the world. It is also among the world’s top 1000 most commented sites.  Interestingly, India is Dezeen’s third largest audience after the USA and UK.

The Hard Copy caught up with Marcus to talk about running Dezeen, Indian design and the future of online media.

India is Dezeen’s third biggest audience after the USA and the UK, but there doesn’t seem to be a lot of Indian work on Dezeen. Why is that?

Well, lots of people have asked me that, and I say it’s because the design community here doesn’t tend to get in touch very much. Also, often, when Indian companies send us projects, it is not the best representation of Indian design. Maybe it’s the more wealthy urban studios that do lots of luxury apartments and things like that, and it’s not really the right kind of thing for us. It could also be that India hasn’t quite yet got a critical mass of the kind of stuff that Dezeen likes to publish. That’s part of the reason I came here, to try to find out what’s going on.

I’ve already seen some really interesting things, from the conference today, so I’ll be getting in touch with those architects and designers, like Takbir Fatima of Design Aware who spoke earlier today.

If you were presented with two submissions for Dezeen that are equally beautiful, innovative and good for the world, what would prompt you to pick one over the other?

There’s definitely a type of project that tends to do well on Dezeen. It’s not a rigid scoring system, it’s very subjective. It’s also based on the personal tastes of the person who does that selection (We have an architecture editor, an interiors editor and a design editor.) It’s also based on topicality, for example certain techniques, materials or designers are kind of hot for a while, like 3D printing was a few years ago and drones, more recently. We’ve also been actively trying to publish more stuff from China.

At the moment, we’re interested in anything that’s trying to make the world a better place. So small projects, community projects, things that use natural materials. If your work checks enough boxes, it’s more likely to be published.

When you think about Indian design, does anything jump out at you? Does it have a strong contextual influence or do you think that it tends to meld with global trends?

Just driving through Hyderabad and looking at the buildings, there’s a kind of confidence here in a way, because a lot of the bigger buildings make very powerful statements, but there’s no clear ideology and no sense of either India or anywhere else. One of the people in the car from the airport with me said it’s almost like they’re scanning things from Dezeen and putting them there! The country has transformed itself since I was last here 25 years ago, and modernised in a very fast and sort of unplanned, haphazard kind of way.

I think that in order for a nation to express itself confidently in its architecture and design, it needs to be aware of the global conversation, but also aware of what’s different about its own traditions, materials, culture, climate, whatever.

I don’t think India’s got there yet. Hopefully it will.

You’ve been running Dezeen since 2006 and that’s almost 13 years. Has your job as editor-in-chief gotten harder or easier to do?

It gets harder unfortunately. When we started the company, I think my wife and I thought: “Oh, we can have a nice little company, maybe five employees, have nice long holidays,” but soon we realized that on the Internet you have to grow to stay still. It’s like a monster that needs constant feeding. We had to find new ways of generating revenue that are based around the brand, so we had to launch the awards program, the conference, and find new ways to serve the community. Because otherwise, someone else would do it. If we didn’t do a job site, someone else would do it. So it kind of gets more complicated as time goes on, because there’s more things, more people, more projects, and it’s not getting any easier. But I still love it.

Do you think it’s possible to replicate Dezeen’s success today? What advice do you have for media startups of 2019?

It’s hard. Increasingly on the Internet, it’s like a winner takes all game. There’s only one search engine that people use, there’s only one Facebook, Instagram, Paypal. It’s like there isn’t room for many alternatives.

If you want to be a media player on the internet and compete with Dezeen, Design Boom, Arch Daily, or Wallpaper, you’d have to have a proposition that was unique. So if you are starting out now, do it by a hyper-specific niche, like a geographical area, a type of construction, or a style of architecture, because then you could probably quite quickly become a world expert in it. Don’t try and do everything, because it will kill you.